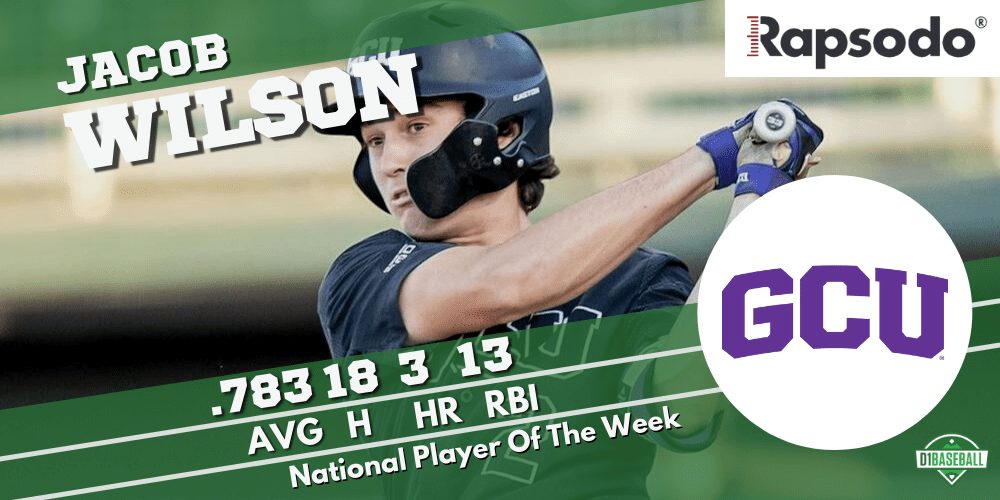 There are good weeks, and then there’s the week that Grand Canyon’s Jacob Wilson had to earn D1Baseball/Rapsodo National Player of the Week honors.

Wilson a 6-foot-3, 175-pound, sophomore infielder, put together a strong freshman campaign last season, and he’s well on his way to an even better sophomore season for the Lopes. Last week, in five games played — two of them against top-six Oregon State — Wilson went 18-for-23 with 10 consecutive hits at one point. He also hit four doubles, three homers, scored nine runs and capped it all off with a whopping 13 RBIs.

Congratulations to Wilson for the weekly honors.