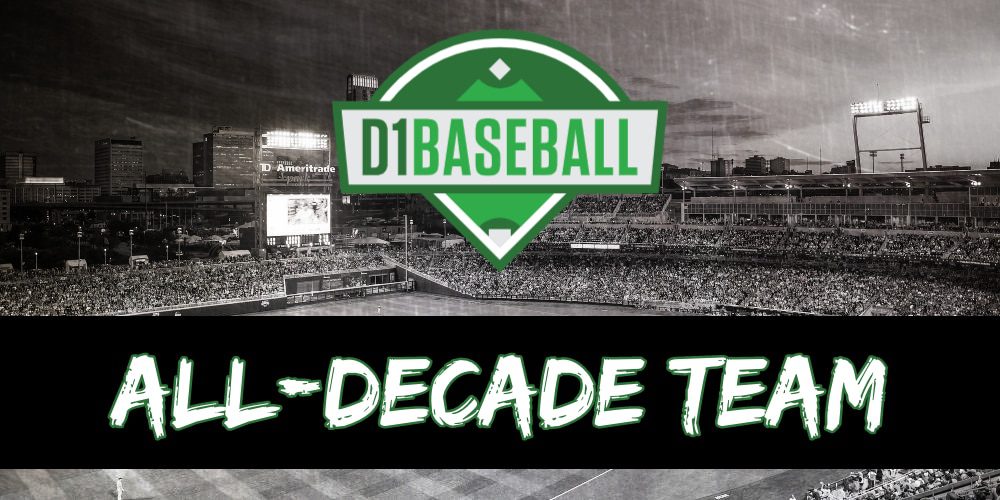 Get the early bird special! Subscribe today with coupon code: fall2019 and get 25% off an annual subscription! Join Today!

College baseball had plenty of memorable players and performances over the last decade.

From South Carolina’s back-to-back national titles with Michael Roth and Matt Price leading the charge, to the sheer star power Oregon State possessed with Michael Conforto, Adley Rutschman and Nick Madrigal, the last decade was littered with so many legendary players, both in college baseball and at the next level, too.

Choosing an All-Decade Team for the 2010-2019 campaigns was no easy task. It was difficult and involved making many tough decisions. For instance, how do you leave Indiana’s Kyle Schwarber off the list, you ask? You can’t put Schwarber over Rutschman. And while his numbers were loud at IU, Beer did some incredible things at the plate during his Clemson career.

That’s just one of many examples of tough decisions we ran into when choosing our team.

Without further ado, here’s our All-Decade Team, which was selected by national writers Kendall Rogers and Aaron Fitt. 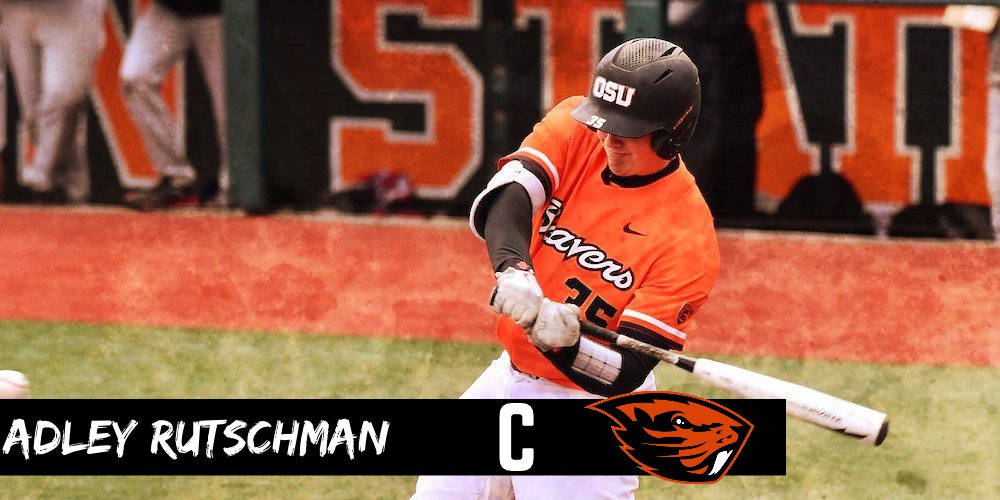 Why It’s Rutschman: You could argue no player meant more to his team during his career than Rutschman. In addition to being one of the best defensive catchers in the modern era, he was a phenomenal and feared hitter, too, batting .408 and .411 his final two seasons with nine home runs and 17 home runs, respectively. He also had an OPS of 1.133 and 1.326 his final two seasons with the Beavers. 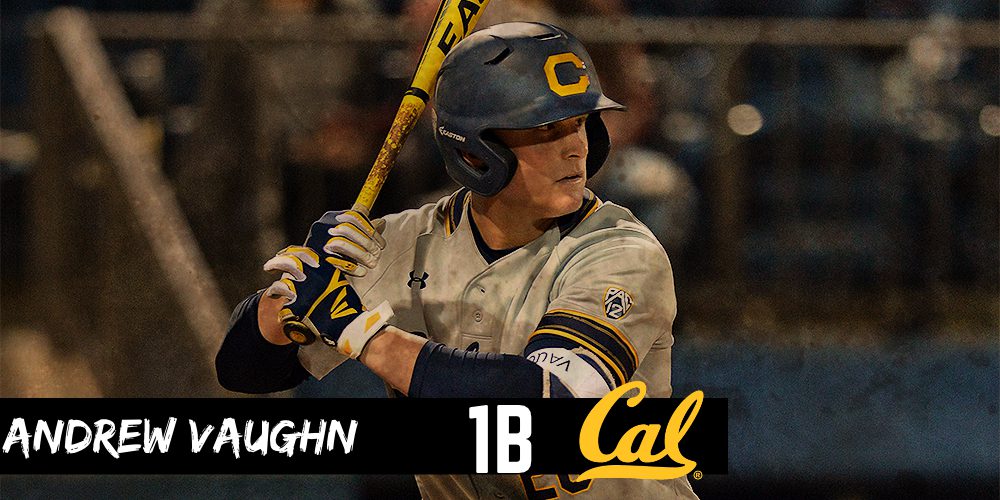 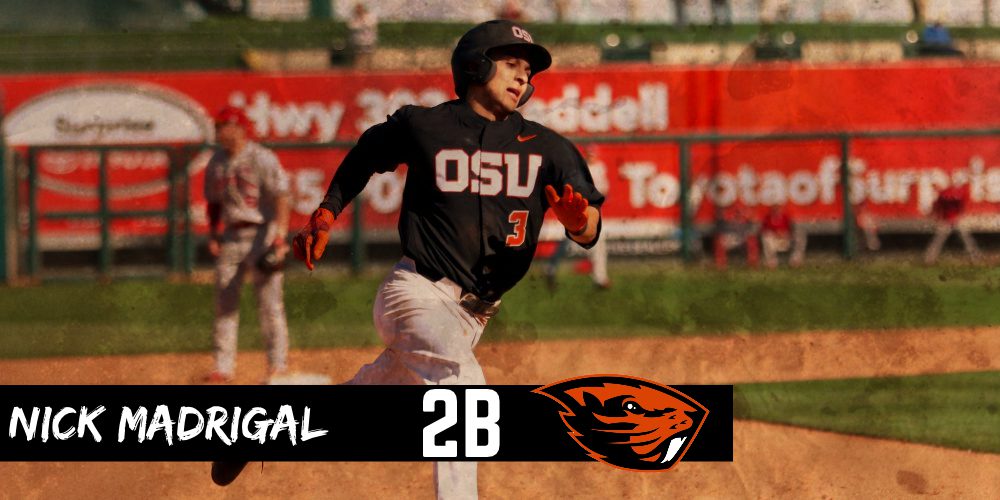 Why It’s Madrigal: The scrappy second baseman was the poster boy of Oregon State Baseball. Madrigal wasn’t the most physically imposing player in college baseball, but he was a premier defender who was a force at the plate, too, hitting .333 or better in all three of his campaigns. Madrigal also displayed terrific instincts and athleticism during his time with the Beavers. 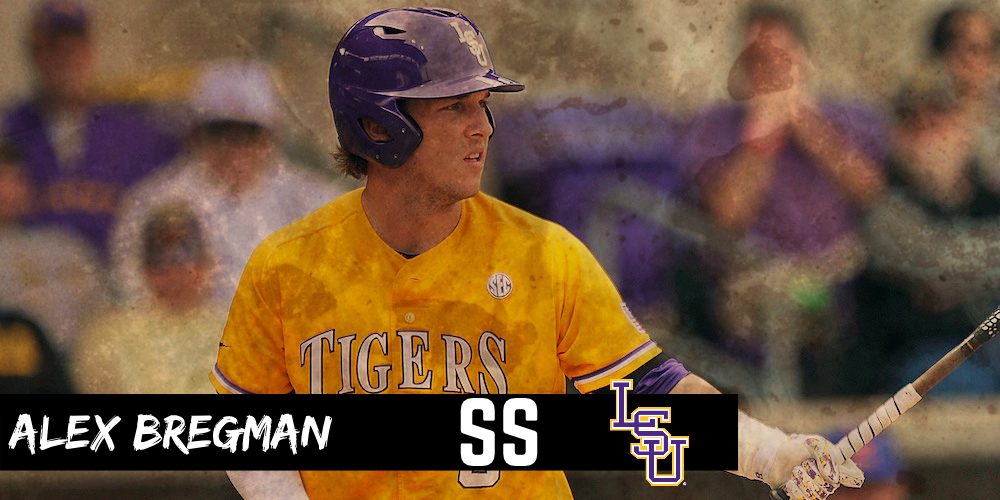 Why It’s Bregman: Easily the most debated position on the team, you couldn’t have gone wrong with Bregman or the fantastic duo of Vanderbilt’s Dansby Swanson and NC State’s Trea Turner. All three were well deserving with Swanson earning National Player of the Year marks from the D1Baseball staff a few seasons ago. With that said, Bregman gets the edge over both. He was a powerful hitter, a fantastic athlete who swiped 38 bases his final season, and his defense was as good as it gets at this level. 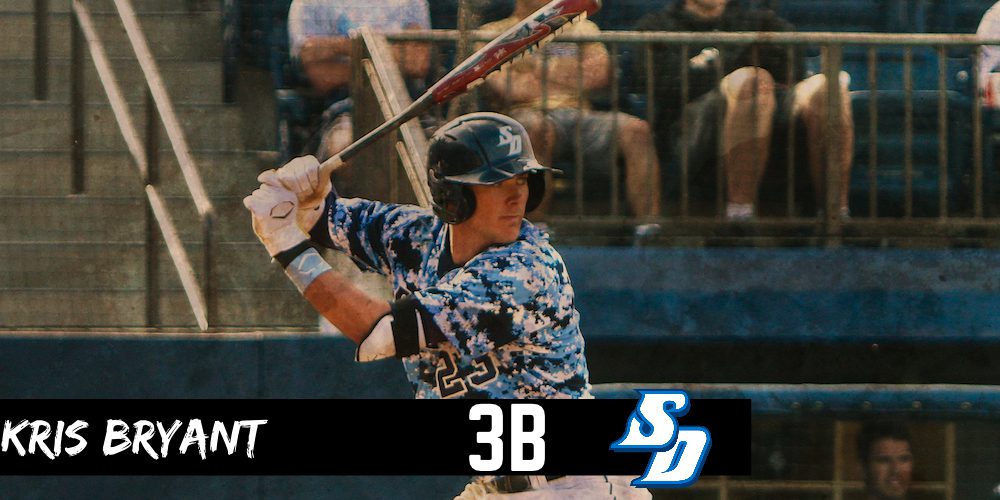 Why It’s Bryant: The hard-hitting third baseman was known for his impressive consistency throughout his Toreros career. Bryant was an absolute star from the first day he stepped on San Diego’s campus. He hit .365 and .366, respectively, his first two seasons at USD, while also hitting 23 home runs those two seasons. Finally, he put together one of the best seasons in the history of college baseball as a junior, smacking 31 home runs and knocking in 62 runs. He finished that campaign with a 1.313 OPS. 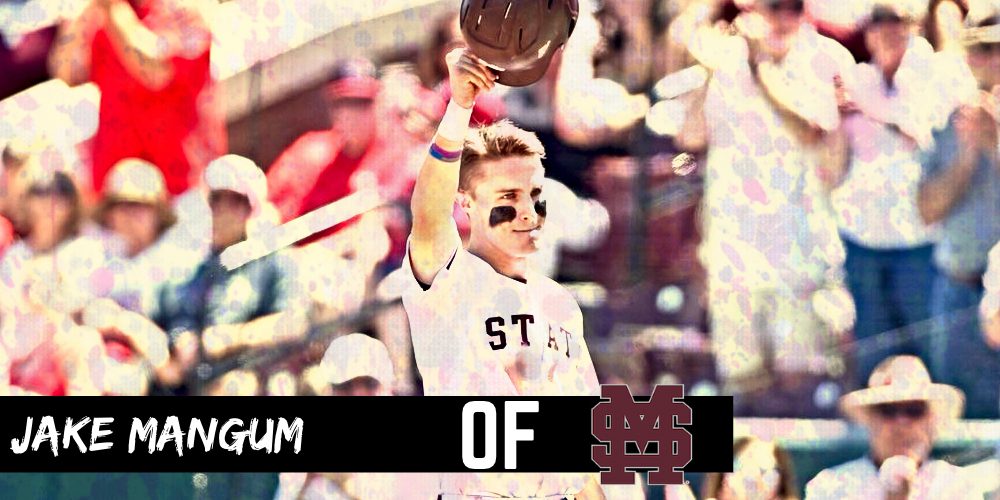 Why It’s Mangum: The outfield positions had much debate, and the final spot came down to Mangum and a host of others. Though plenty of players had strong cases to be included, we gave the nod to the transformational Mangum. In addition to being Mr. College Baseball and a voice for the game at the end of his career, he was a tremendous player, too. Mangum jumped on the scene in style with a .408 average as a freshman before hitting well over .300 his final two seasons and accumulating 50 stolen bases his final three seasons with the Bulldogs. The SEC hit king, Mangum also was a terrific defender during his time in Starkville. He’s a living legend in those parts after leading MSU to a plethora of postseason success. 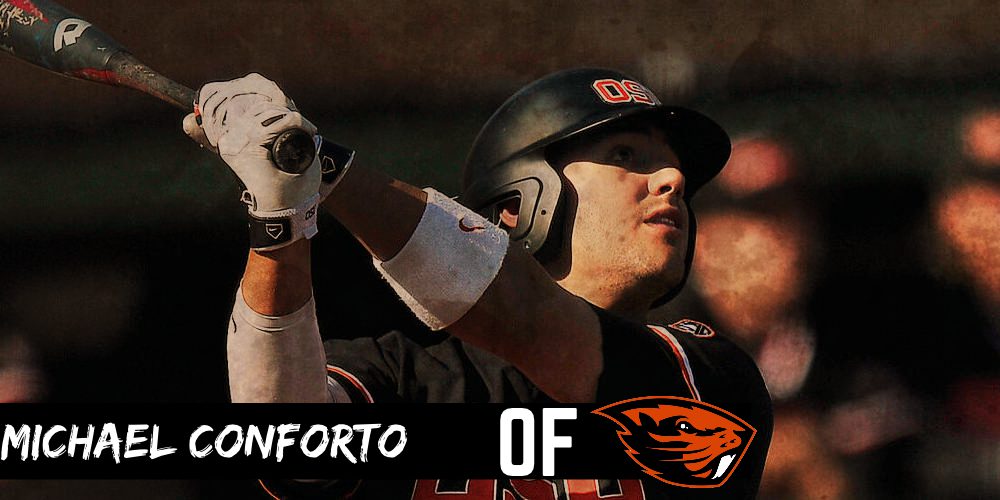 Why It’s Conforto: The talented outfielder had a wonderful career with the Beavers, but he’s a unique case where his first season was his best. As a freshman for the Beavs, Conforto hit .349 with 13 home runs and 76 RBIs, while hitting .328 with 11 home runs and 48 RBIs as a sophomore. Conforto again put together a solid campaign as a junior and has gone on to be a successful pro player. In addition to the impressive home run numbers, Conforto finished two of his three seasons with a terrific OPS — 1.039 and 1.051. 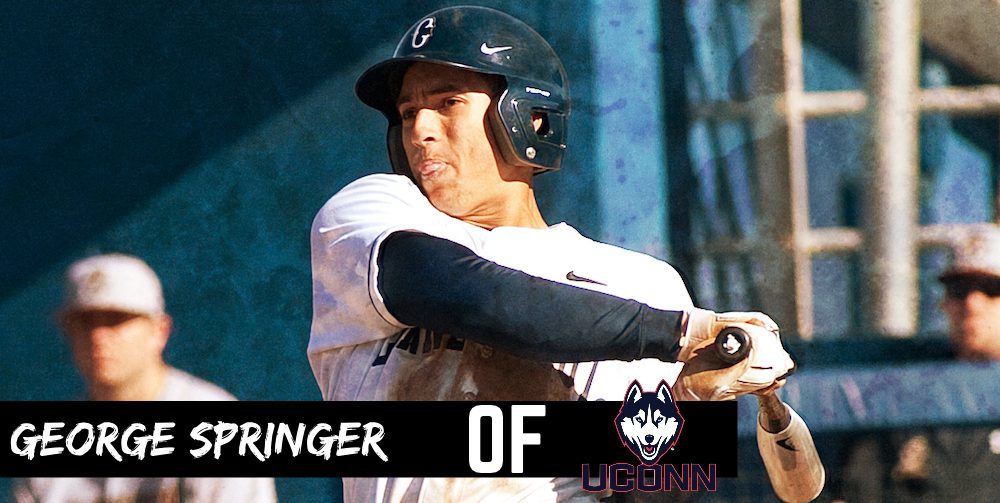 Why It’s Springer: What an amazing career Springer had with the Huskies. The hard-hitting outfielder hit .337 or better in all three seasons he played at UConn, while also totaling 40 home runs. Additionally, Springer had an OPS of 1.100 or better in two of his three seasons, and didn’t have fewer than 57 RBIs in any of his campaigns. Springer was a one-man wrecking crew for the Huskies and was an easy choice to be on the All-Decade Team even with one of his seasons coming in the previous decade. 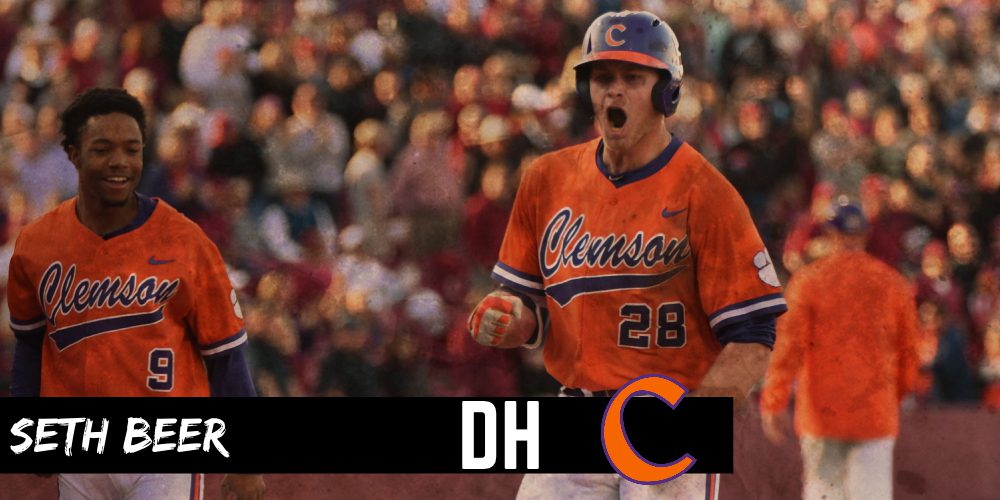 Why It’s Beer: He had a wonderful career with the Tigers, but his freshman campaign will go down as one of the best ever in the sport’s history. Beer was phenomenal as a freshman, hitting .369 with 62 walks, 18 home runs and 70 RBIs before having successful sophomore and junior campaigns as well. The last two seasons, Beer hit .298 and .301, respectively, with a combined 38 home runs and an OPS better than well over 1.000. Beer was one of the great power hitters of the modern era and his legacy won’t be soon forgotten. 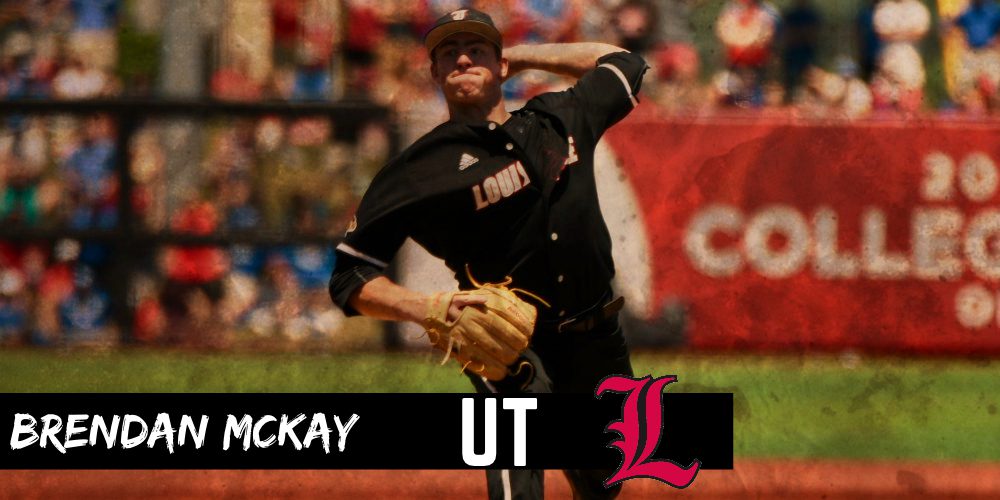 Why It’s McKay: It’s difficult to put into perspective just how dominant McKay’s career with the Cardinals was both on the mound and at the plate. As a pitcher, McKay had ERAs of 1.77, 2.30 and 2.56 in his three seasons, while also striking out well over 100 batters in each season, the high water mark being his junior year with 148 strikeouts. As a slugger, McKay hit .308, .333 and .341, respectively, along with strong power numbers. McKay finished his career in style with 18 home runs and 57 RBIs as a junior. He also had a 1.116 OPS his final seasons with the Cards. 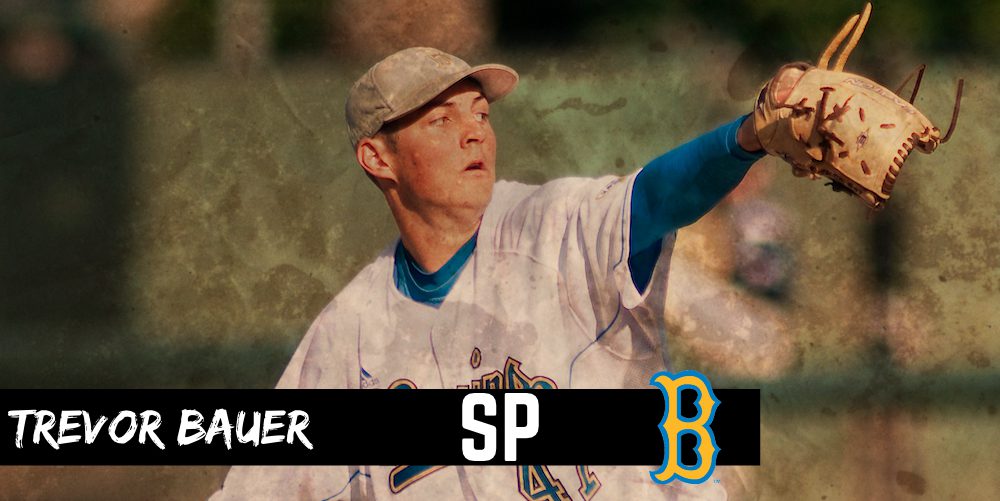 Why It’s Bauer: Few pitchers had the career Bauer did during his time in Westwood. Simply incredible. Bauer made a strong first impression by tallying a 2.99 ERA in 105.1 innings of work as a freshman before improving as a sophomore, tallying a 3.02 ERA in 131.1 innings, along with 165 strikeouts. But the talented righthander took his game to yet another level as a junior, tallying a 1.25 ERA in 136.2 innings of work, along with a whopping 203 strikeouts and just 36 walks. The weekend duo of Bauer and Gerrit Cole will go down as one of the best ever. 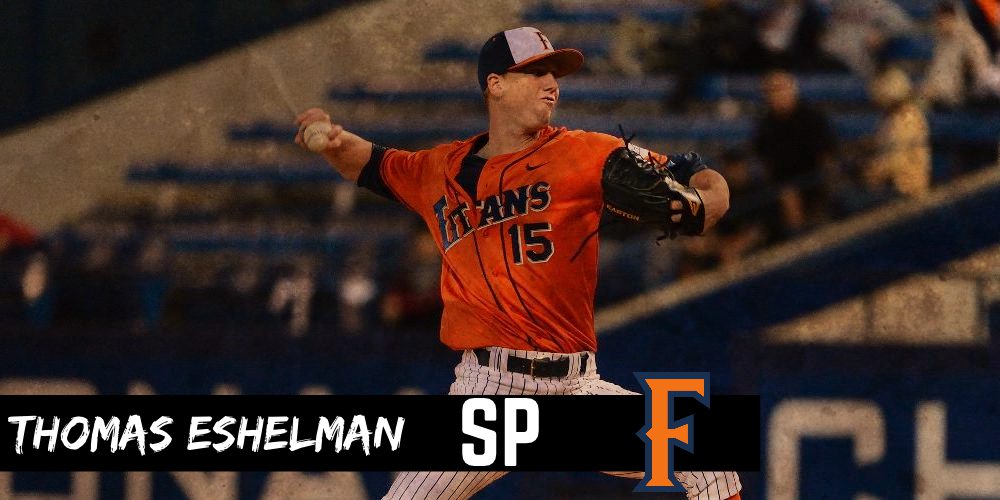 Why It’s Eshelman: The precision-oriented righthander was one of college baseball’s great success stories. Eshelman was incredible during his Cal State Fullerton career. As a freshman, the righty had a 1.48 ERA in 115.2 innings, along with just three walks. Yes, three walks in over 100 innings. Eshelman had six walks as a sophomore and a 1.89 ERA in 123.2 innings before finalizing his Titans career with a stellar junior season, walking fewer than 10 and tallying a 1.58 ERA in 137 innings. 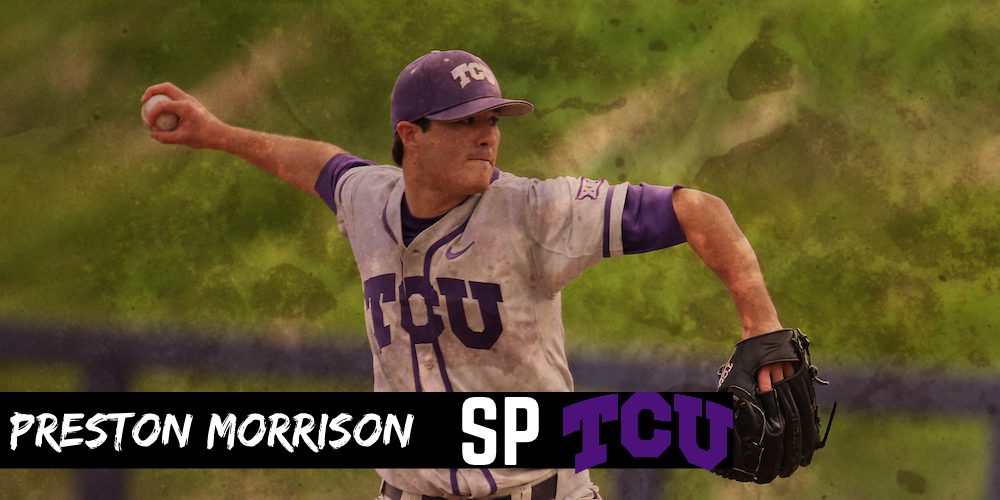 Why It’s Morrison: Speaking of college baseball success stories, it doesn’t get much better than the crafty TCU righthander. Morrison arrived in Fort Worth as a walk-on and left a TCU legend, perhaps the best starting pitcher in program history. Morrison had insane numbers his four seasons with the Horned Frogs, tallying ERAs of 2.08, 1.51, 1.32 and 2.51, while also showing immaculate command and helping guide the program to two College World Series appearances. 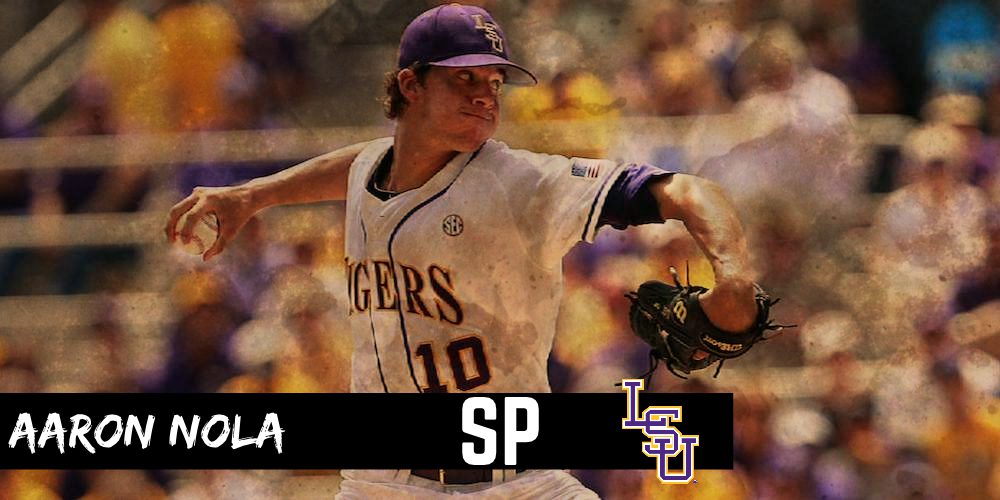 Why It’s Nola: Like many premier pitchers, Nola certainly began his career in solid fashion, earning a high number of strikeouts in 89.2 innings as a freshman, but it’s his final two seasons that put him on this prestigious list. Nola had a 1.57 ERA in 126 innings, along with 122 strikeouts and 18 walks as a sophomore before wrapping up his LSU career with outstanding numbers, striking out 134, walking 27 and tallying a 1.47 ERA in 116.1 innings. Nola is one of the most decorated pitchers in LSU history, and that says something. 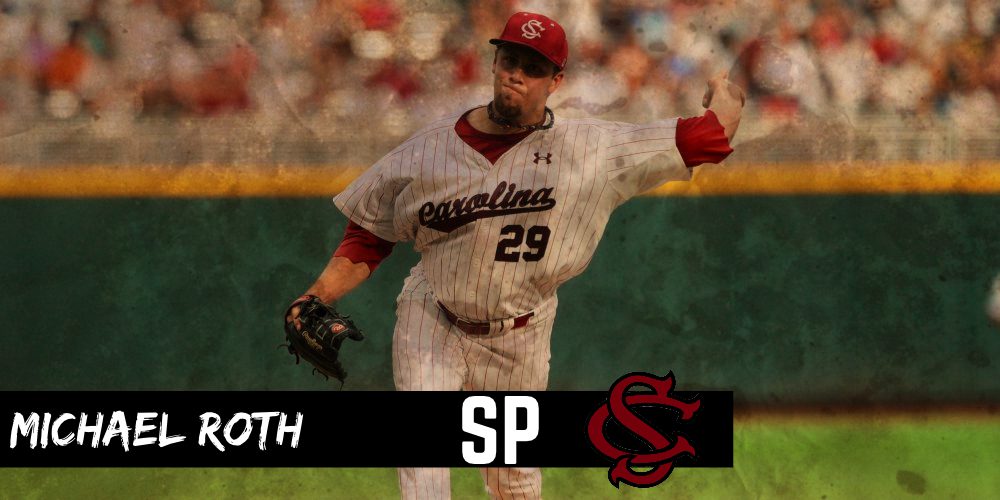 Why It’s Roth: Yeah, it’s pretty much impossible to argue this one. Roth continues to be the headliner when someone mentions the “consummate college pitcher”. Roth had a 4.22 ERA in just 32 innings of work as a freshman before helping lead South Carolina to back-to-back national titles in 2010 and ’11, respectively. In those seasons, Roth had ERAs of 1.34 and 1.06, respectively, while also striking out a combined 147 and walking just 51. He finished his illustrious career with a 2.43 ERA in 137 innings as a senior for the Gamecocks. He’s a legend for a variety of reasons and that’ll never change. 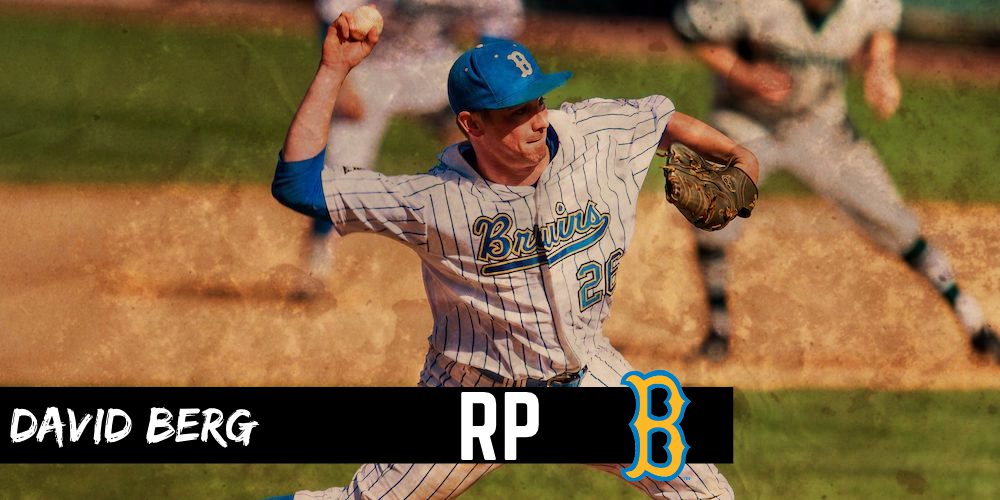 Why It’s Berg: He was the ultimate workhorse reliever for the Bruins. Berg had a funky arm motion and it gave hitters fits throughout his career. Berg made 175 relief appearances during his four seasons with the Bruins, tallying crazy ERAs of 1.46, 0.92, 1.50 and 0.67, respectively. He struck out 63/17 as a freshman, 78/11 as a sophomore, 35/8 as a junior and wrapped up his career with 65 strikeouts and eight walks as a senior. Berg helped lead the Bruins to a national title and earned 49 saves during his tenure. 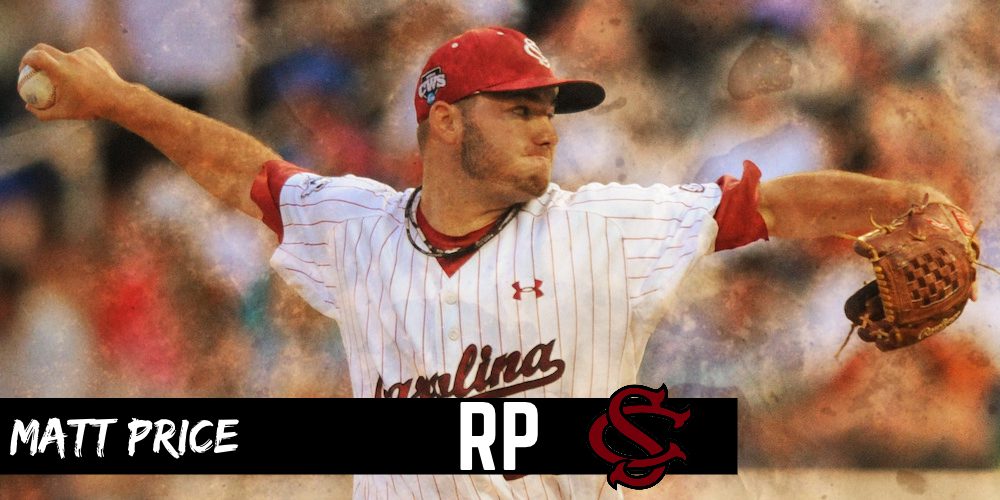 Why It’s Price: Much like Roth, Price earned a stellar reputation during his time with the Gamecocks because of his hard-nosed approach. Price helped the Gamecocks to back-to-back national titles and had four successful seasons with the program. In the two seasons the Gamecocks won those national titles, Price had ERAs of 2.26 and 1.83, respectively, while also doing so with inning totals of 55.2 and 59. He also struck out 83 and 75, respectively, while earning 43 saves in his career.