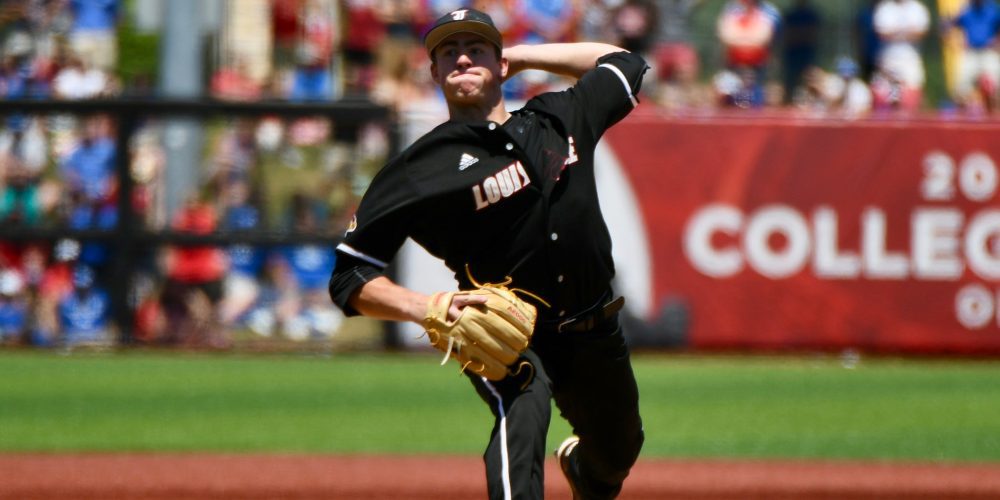 • Meet The Player of the Year: Louisville’s McKay

McKay has been college baseball’s premier two-way player since he was a freshman — in fact, this is the third straight year he has finished the season as a first-team All-American. The lefthander has been remarkably consistent on the mound for three years, but he posted his best season yet as a junior, improving his strikeout-walk mark from 128-42 a year ago to 140-33 this year, and dropping his opponents’ batting average mark from .247 to .188. The first baseman/DH made an even bigger jump as a hitter, improving his OPS from .927 last year to 1.121 this year, and jumping from six homers as a sophomore to 17 as a junior. His two-way prowess got him drafted fourth overall this week by the Rays, who plan to let him both hit and pitch as he begins his pro career. For more on McKay, check out our May 3 story on how McKay became McKay.

McKay also helped lead Louisville to Omaha this year for the first time since 2014, so he has a chance to add to his incredible legacy. But his place in history is already secure — he will go down as one of the greatest two-way players (and, therefore, one of the greatest players) in college baseball history.

McKay is one of three Louisville players to earn All-America honors, the most of any school. Corner infielder Drew Ellis landed on the first team at third base, and closer Lincoln Henzman cracked the third team.

The ACC leads all conferences with 10 All-Americans and five on the first team. The SEC is next with seven All-Americans, followed by the Pac-12 (five), Big 12 (four) and Big West (three). Overall, 15 conferences are represented on the three All-America teams.

D1Baseball editors Aaron Fitt and Kendall Rogers take the lead in determining the All-America teams. On-field performance and quality of competition are the primary factors considered, but individual character is also taken into account.