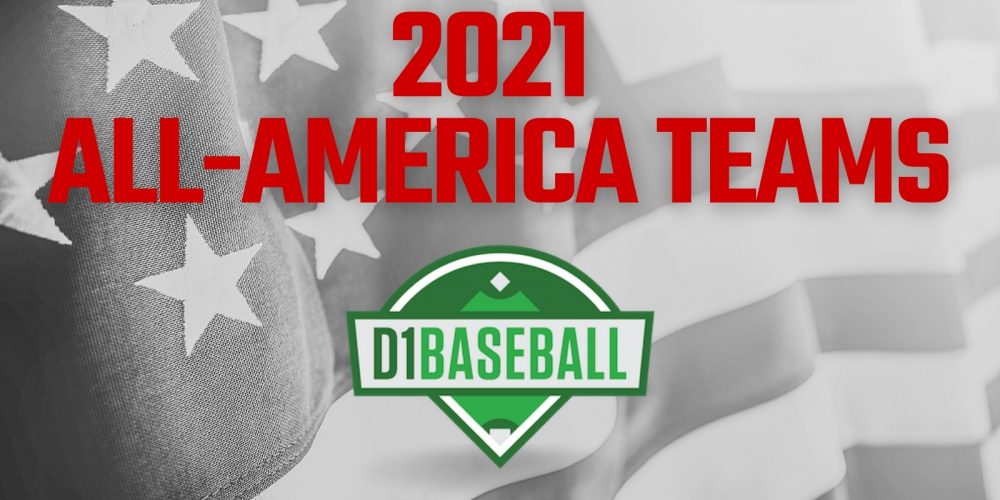 Arkansas closer Kevin Kopps is the D1Baseball Player of the Year, headlining our 2021 All-America teams.

Kopps was a revelation as a sixth-year senior closer for the Razorbacks. After posting an 8.18 ERA in the pandemic-shortened 2020 campaign, Kopps returned to Fayetteville for one final go-round and posted a season for the ages, going 12-1, 0.90 with 11 saves and a dazzling 131-18 K-BB mark in 89.2 innings as the Arkansas stopper. Thanks in large part to his signature cutter — the most dominant pitch in college baseball this season — Kopps held opponents to a .162 batting average. Even working out of the bullpen, the rubber-armed Kopps threw enough innings to qualify for the national ERA title, which he won by 0.39 runs, despite facing the best competition college baseball has to offer (Arkansas faced the toughest schedule in the nation). He was the most important player for a team that won every weekend of the regular season and entered the postseason as the No. 1 national seed.

CWS Finalists Vanderbilt and Mississippi State each placed two players on the All-America First Team, as did East Carolina. Vandy pitchers Kumar Rocker and Jack Leiter both lived up to their first-team preseason All-America billing and landed on the postseason team as well. SEC Player of the Year Tanner Allen and closer Landon Sims represent Mississippi State on the first team. And East Carolina placed second baseman Connor Norby and pitcher Gavin Williams on the first team.

Other teams with multiple All-Americans include Florida State and Notre Dame out of the ACC; Ole Miss and LSU out of the SEC; Stanford and Arizona out of the Pac-12; and Wright State out of the Horizon. The SEC leads all conferences with 12 All-Americans, followed by the ACC (10), Pac-12 (six), and Conference USA (four).

D1Baseball editors and national writers determined the All-America teams based on performance in the regular season and postseason, factoring in quality of competition.