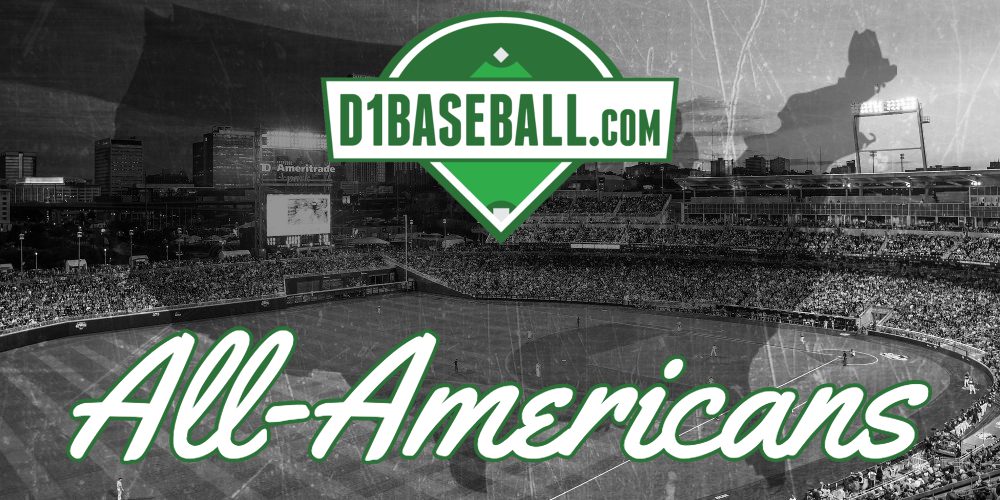 Florida ace Brady Singer is the 2018 D1Baseball Player of the Year, leading the D1Baseball All-America teams.

Singer, a junior righthander who won the SEC pitcher of the year award this spring, went 12-1, 2.30 with 107 strikeouts and 21 walks in 101.2 innings to lead reigning national champion Florida to the No. 1 national seed in the NCAA tournament and a fourth straight trip to the College World Series. Pitching against the strongest competition in college baseball in the SEC, Singer held opponents to just a .187 batting average. He is the first pitcher-only to win D1Baseball’s Player of the Year award, which was won by two-way players in three of the award’s first four seasons.

The Gators led all teams with three first-team All-Americans, as Singer was joined by third baseman Jonathan India and closer Michael Byrne. No. 3 national seed Oregon State landed two players on the first team (catcher Adley Rutschman and outfielder Trevor Larnach), and so did No. 11 seed Stetson (pitcher Logan Gilbert and two-way talent Brooks Wilson), which won its first regional this year. Byrne is the only player to repeat as a first-team All-American this year. Oregon State second baseman Nick Madrigal was a first-teamer last year and played exceptionally well again this spring, but due to injury he appeared in just over half of Oregon State’s 60 games, so he did not crack our three All-America teams this time around. OSU teammate Cadyn Grenier did earn third-team honors, giving the Beavers three All-Americans in all, tying Florida, Minnesota (first-teamer Terrin Vavra and third-teamers Patrick Fredrickson and Max Meyer) and Southern Miss (first-teamer Nick Sandlin, second-teamer Luke Reynolds and third-teamer Matt Wallner) for the most.