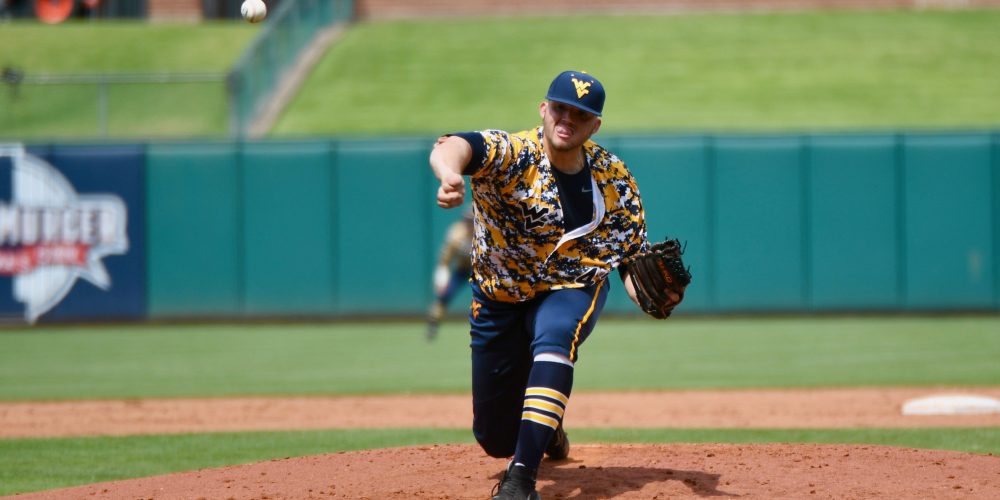 Tom Holliday’s return to the dugout couldn’t have been any more rewarding. A longtime high-profile Division I pitching coach and head coach at Oklahoma State, Texas, NC State and Auburn, Holliday had been out of coaching since the fall of 2015, but he returned as the head coach of the Cape Cod League’s Chatham Anglers this summer, leading his club to the championship series. Holliday seemed re-energized by the chance to help several players turn developmental corners and emerge as breakout stars over the course of the summer.

But no player took a bigger leap forward than West Virginia righthander Alek Manoah, who led the Cape with 48 strikeouts against just 11 walks in 33.1 innings of work. He also posted a 2.70 ERA and ranked as D1Baseball’s No. 2 pitching prospect in the Cape League. His emergence earned him the 2018 D1Baseball Summer Breakout Pitcher award.

“I’m not saying that I drew it out of him, because what he did was he grew up, and he had fun doing it,” Holliday said of Manoah. “And he went through the wall that we all experience, every guy that plays the game of baseball has to break through barriers, and we were just lucky enough to see it. The fun is to watch a guy turn into a proverbial stud … That was the fun of the summer, the coming-out party of Alek Manoah.”