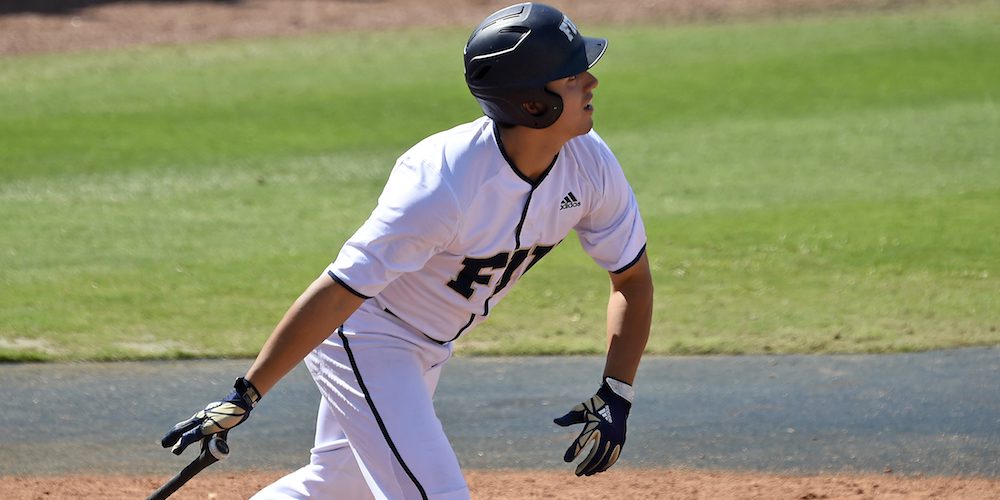 Austin Shenton knew well in advance that this summer was the most important for his baseball aspirations.

Shenton had success at the junior college level. He dominated the West Coast League last summer with video game numbers and he put together a strong spring offensively for coach Mervyl Melendez and Florida International. Those accomplishments were noticeable and admirable, but his big moment to shine and prove his ultimate worth as a prospect and player came this summer when he was invited to play for the CCBL’s Wareham Gatemen.

He knew the stakes and wanted to be prepared. So, instead of spending the week leading up to the Cape season working on his swing and engaging in rigorous training, he did the opposite: He didn’t pick up his bat. He only wanted to be mentally prepared for the important months ahead, meticulously thinking of his upcoming plan against many of the nation’s premier arms.

“I’ve always had a pretty good mental approach. I think I try to put everything into perspective no matter the situation,” Shenton said. “I always feel like the pressure in our game is on the pitcher. If I am successful three out of 10 times at the plate, those are Hall of Fame numbers, so I always feel like the pressure is on the pitcher to get outs.

“I started my mental approach before I even got to the Cape,” he continued. “I went home for a week and I don’t think I picked up a bat one time. By the time I flew out to the Cape, I don’t think I really focused on my mechanics at all. It was all about my mental approach and what I wanted to accomplish this summer. I wanted to be selective but aggressive, condense my load a little bit and focus on making contact the first few weeks of the season. And lastly, really work on trying to hit for more power later in the season.”

Shenton, a physical 6-foot, 200-pounder, knew what this opportunity could mean, and didn’t want to leave any doubt. He made an immediate impact with the bat for the Gateman, finished the summer in strong fashion from a power standpoint and proved himself as one of the league’s premier hitters with a .349 batting average, along with an impressive .522 clip in the Cape League playoffs.

For those reasons and more, Shenton is our breakout position player prospect from the summer collegiate circuit.