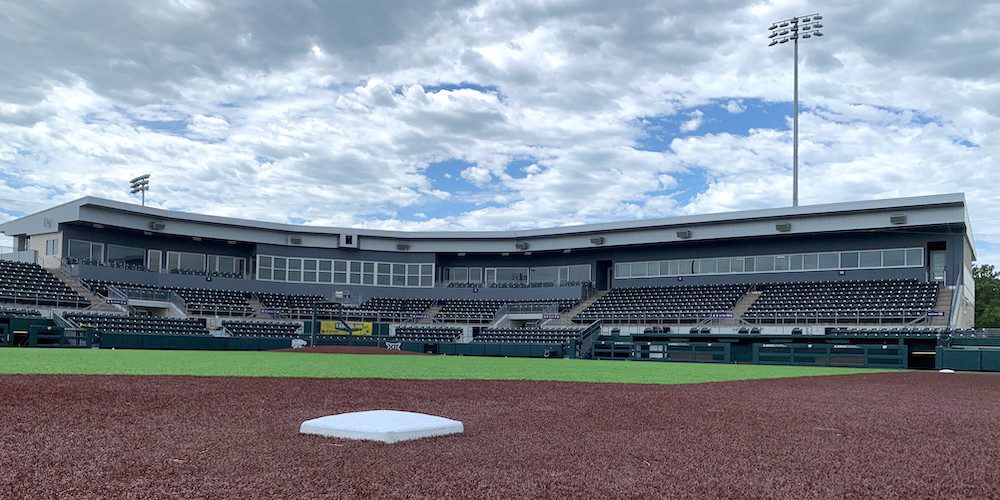 The great facilities race in college baseball knows no bounds.

Some of the most unexpected universities have pumped some serious money into their baseball programs over the last decade, and Kansas State is the latest institution to fit that mold.

As a program, Kansas State has appeared in just four NCAA tournaments — all of them between 2009-2013 — with the ’13 campaign being the program’s high-water mark with a trip to the Super Regional round against Oregon State.

Under skipper Pete Hughes, the Wildcats are looking to not only be more consistent in the Big 12, they’re also aiming to do bigger and better things on the national stage.

K-State is now part of that group as well.

The Wildcats originally constructed Tointon Family Stadium back in 2001 for just $3.1 million. But KSU didn’t want to be left behind as other programs underwent substantial renovation projects. Therefore, after 17 seasons, the ballpark received a major facelift … this time in a project that totals $15 million.

“Our leadership hired us to bring the program to the highest level,” Kansas State head coach Pete Hughes said.” They’re certainly invested. Everything we have here now is at an Omaha standard.”

The Wildcats are making that $15 million go a long way with some of the renovations they’ve completed. For instance, K-State now has one of the most luxurious locker rooms in college baseball after this renovation project, while they’ve also added an indoor field, a new weight room at the ballpark, a new pitching lab, a new fuel station and more spacious training/team lounge areas.

Also part of the project, the Wildcats have revamped their suite seating options with upgrades and new suites, a new ticket office and there’s a family fun zone on the way.

You can check out the full scale of K-State’s renovations below: