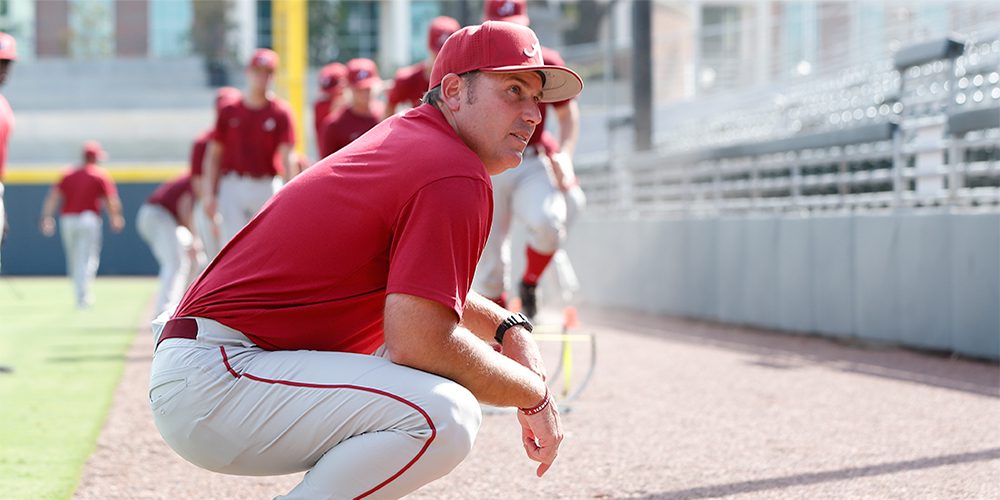 HOOVER, Ala. — Though the SEC tournament is going on just 45 minutes away from Tuscaloosa, the story of the day isn’t here in Hoover, it’s there, where Alabama parted ways with head coach Greg Goff after just one season.

Goff’s dismissal actually doesn’t come as much of a surprise. Though it’s uncommon to part ways with a coach after one season, there was some serious fire surrounding him and the program throughout the spring. It began earlier this season with a letter that circulated the internet, continued with other rumblings, and reached a tipping point Tuesday when he reportedly told up to 10 players their scholarships would be revoked. That, of course, is officially against NCAA rules, though programs nationwide find ways to accomplish that goal without officially revoking scholarships. It also doesn’t help that Alabama had one of the worst seasons in school history, finishing the 2017 campaign with a 19-34-1 overall mark and a dismal 5-24 SEC record.

“Long term, the goal for the next coach is to be here for many, many years and have stability,” Alabama athletic director Greg Byrne said. “We felt this was right for the long-term health of the program.”

While it’s never healthy to have so much drama surrounding the program, the silver lining for Crimson Tide fans is that new athletic director Greg Byrne will now embark on a national search for Goff’s replacement. Byrne was an outstanding athletic director at Mississippi State and Arizona, and made a terrific hire in Jay Johnson while with the Wildcats.

Which direction could Alabama go with this coaching search? We’ve got seven names Alabama fans should remember as the search unfolds and they certainly aren’t limited to the Deep South.