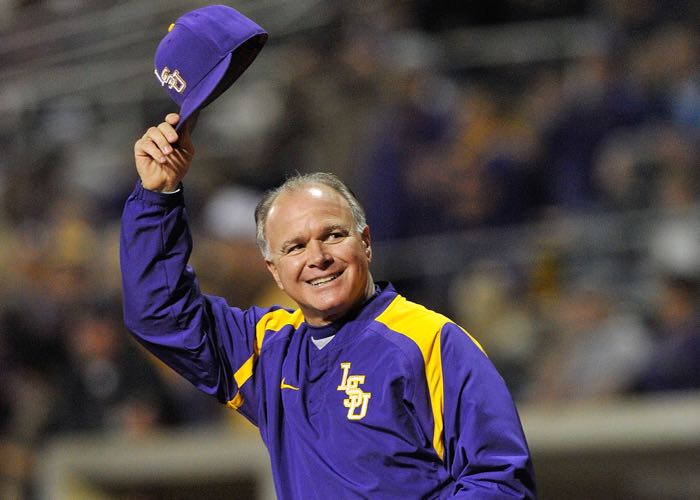 LSU got one of the big surprises of the offseason a few weeks ago when John Cohen chose former Tigers assistant Andy Cannizaro as Mississippi State’s head coach to replace him. With Cannizaro long gone from Baton Rouge, head coach Paul Mainieri went on the prowl for a replacement.

Sources tell D1Baseball.com that LSU is moving former pitcher and current assistant Nolan Cain to full-time assistant and recruiting coordinator, while Micah Gibbs, a former catcher at LSU, will handle the offensive duties.

Cain, 30, and a reliever on LSU’s 2009 national championship club, joined the LSU staff back in 2013 as the Coordinator of Baseball Operations. After two seasons with that job, Cain was moved to Volunteer Assistant Coach after previous volunteer Will Davis was named the head coach at Lamar University. In addition to his duties as an assistant, Cain served as LSU’s third-base coach last season. Furthermore, his promotion isn’t exactly a surprise. Cain has a good reputation locally in Baton Rouge and nationally is known as a charismatic and likable coach with strong knowledge of the game. Cain also has helped with LSU’s on-campus recruiting efforts the past two seasons.

Nolan Cain and Micah Gibbs are great hires! Their work ethic is off the charts! They will do a phenomenal job at LSU!

Meanwhile, Gibbs’s new role is intriguing. The 28-year-old, Pflugerville, Texas, native, was a standout catcher on LSU’s 2009 national championship team and joined the coaching staff earlier this year as the Coordinator of Baseball Operations. Though Gibbs is new to this type of role, those around the baseball office at LSU have called him a “natural” and a potential rising star in the industry.

LSU is coming off a strong fall and you can read our fall report on the Tigers, here. Expectations for this club will be sky high entering 2017 as they aspire to win the program’s seventh national title.

Though just a short time ago the Tigers expected to navigate the waters with Cannizaro in tow, they now do so with two familiar faces in much more important roles.