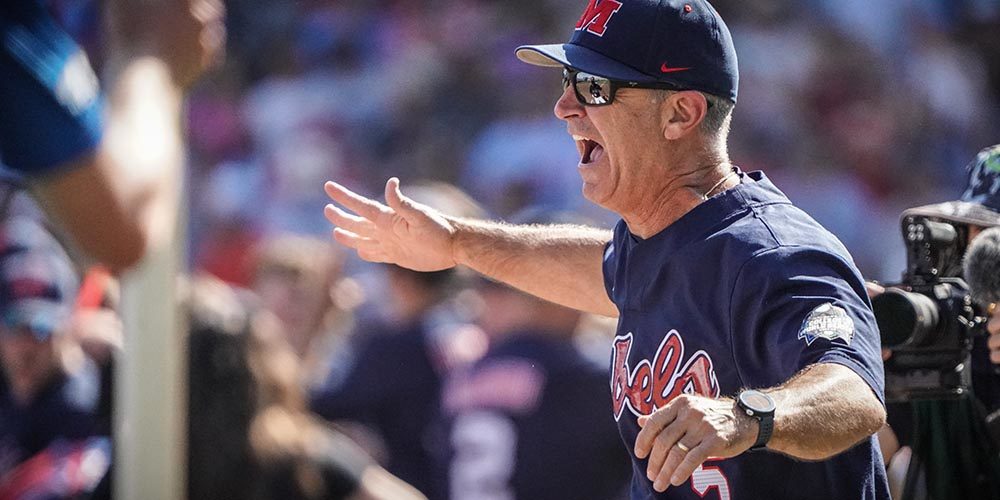 The raise and extension come after Bianco guided the Rebels to their first national championship with a series win over Oklahoma at the College World Series this past June.

Bianco, 55, was previously sitting at the $1.2M mark in terms of base salary, but with this new four-year deal, his base salary is now up to $1.625M, which ranks second nationally and in the Southeastern Conference — only behind Vanderbilt’s Tim Corbin.

“I appreciate Keith, Chancellor Boyce and our Board of Trustees for proactively and aggressively getting this done,” Bianco said. “I am ecstatic about continuing to lead this incredible program with the support of a community that means so much to Camie and me. I’ve said it before and I’ll say it again, there is no better fan base in the country. We’ve always known that but after what you guys did in Omaha, the entire country knows it – Rebel fans showed up and made a difference! As always, none of this happens without the incredible players and coaches who have helped us build this program along the way. I can’t wait to see everyone back at Swayze next spring, and I am proud to be an Ole Miss Rebel.”

In addition to his higher base salary, more details emerged about Bianco’s new contract on Wednesday afternoon.

In terms of on-field performance and annual salary increases, Bianco will now get a $35K raise if the Rebels reach the Super Regional round. He will get $50,000 if they reach the College World Series, and the grand prize is a $100K raise if the program wins the national title. Those would all be additions to his annual base salary.

Other notable, individual, bonuses include $15K if the Rebels win the SEC West, $25K for a conference regular season crown, $25K for a conference tournament crown and $25K for winning the SEC Coach of the Year award. He also gets $25K for hosting a regional, $15K for being in a super regional but not hosting and $25K for hosting a super regional. Interestingly, he would get a one-time $150K bonus for making the MCWS, $300K for playing for a national championship and $400K if the program wins another national title. Finally, he would get $50K for winning National Coach of the Year honors as he did by us this past season.

Those bonuses would be in addition to the annual increase benchmarks.

“We are blessed to have Mike Bianco as our head coach, and we intend for him to lead our baseball team for many, many years to come,” Ole Miss athletic director Keith Carter said. “With his remarkable track record, no one was more deserving of that national title run than Mike. We have accomplished so much in every facet of our program, and under Mike’s leadership, we look forward to continuing that level of success and experiencing more championship moments.”

Before this contract extension and raise, Bianco ranked sixth in the SEC in salary. Now, he’s second only behind Corbin. After Bianco at $1.625M, Tennessee’s Tony Vitello ranks third at $1.5M, followed by Texas A&M’s Jim Schlossnagle ($1.41M), Arkansas’ Dave Van Horn ($1.3M), Mississippi State’s Chris Lemonis ($1.25M) and LSU’s Jay Johnson and Florida’s Kevin O’Sullivan are each sitting at $1.2M. In terms of coaches outside of the SEC, Louisville’s Dan McDonnell is in the seven-figure club, and new Clemson head coach Erik Bakich and Florida State head coach Link Jarrett will both reach the seven-figure mark a few years into their tenures.

Just a year ago, Bianco had renewed his commitment to Ole Miss instead of continuing to court LSU, his alma mater. Some Ole Miss fans were — at the time — upset that he was returning for another season. That thought permeated well into the 2022 campaign as the Rebels were trying to find their way before going on a ferocious run in the NCAA tournament.

Now? Bianco has brought a national title to Oxford, and in turn, is the second highest-paid coach in Division I Baseball.

My how the tables have turned.