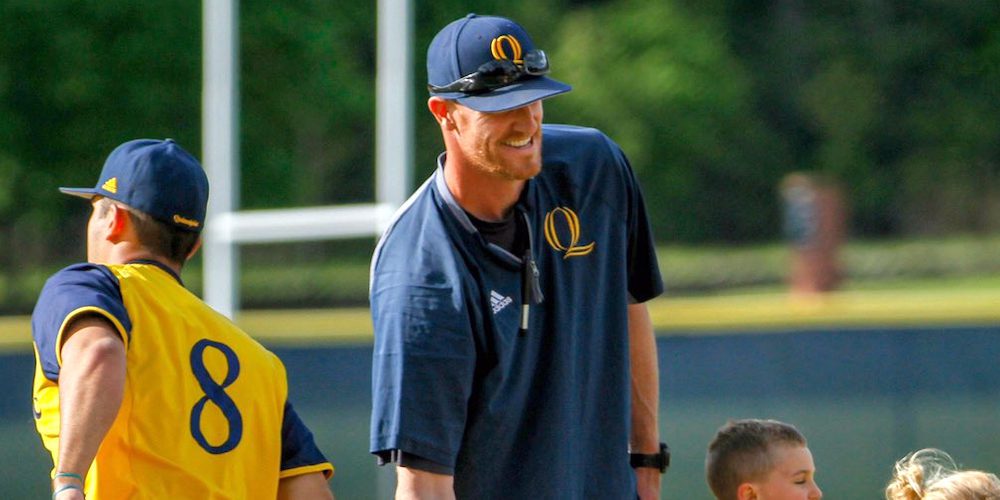 The Pioneers have been on a lengthy search for a new head coach since former skipper Nick Restaino wasn’t retained following a 2022 season in which SHU went 12-41 overall. SHU promoted assistant coach Wayne Mazzoni to interim coach in Restaino’s absence. Mazzoni proceeded to interview for the head coaching role, but in the end, the Pioneers opted to hire Egan, who has developed a strong track record during his time at Quinnipiac.

Egan, the former Northeast Conference Pitcher of the Year during his playing days at Quinnipiac, spent the last eight seasons as an assistant coach and recruiting coordinator for the Bobcats. During that time, he helped guide the Bobcats to the Greenville Regional back in 2019.

The rising coach will have his work cut out at Sacred Heart. In addition to the rough 2022 campaign, the Pioneers won 23 games in 2021 and won just 19 games in ’19. They haven’t reached the NCAA tournament since 2015 and have just four tourney appearances all time.

With the Egan hire, there are now just four head coaching vacancies in Division I Baseball with Lafayette, Marist, Mississippi Valley State and Virginia Commonwealth. There have been 41 head coaching changes.