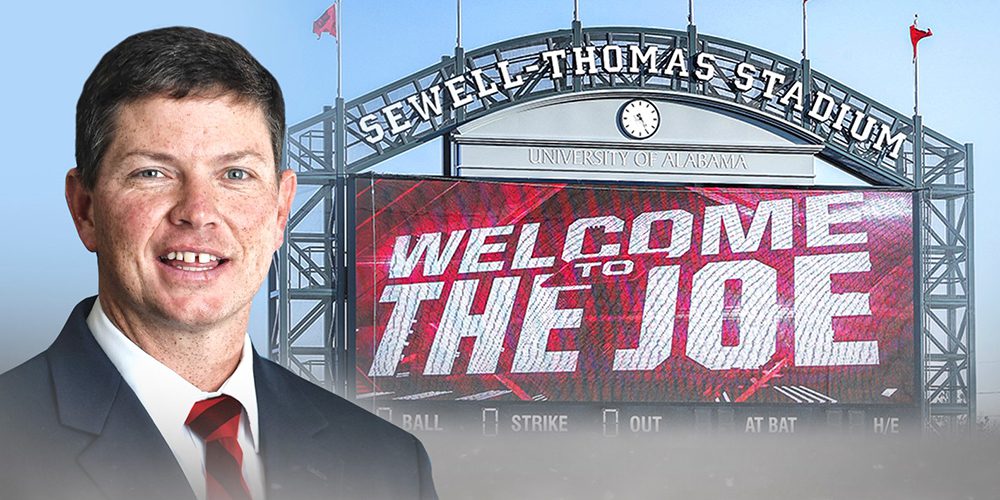 “I am excited to announce that we have reached an agreement with Brad Bohannon to be our new head baseball coach at The University of Alabama,” said Byrne. “As we began the search and studied our successful rosters from the past regional and College World Series teams, it became apparent that we needed our head coach to be very strong in recruiting in the state Alabama, the Southeast and then completing the roster with national recruits. The vision that Brad shared for Alabama baseball matched that recruiting philosophy and coupled it with a great coaching pedigree and a commitment to the student-athlete, both as a baseball player and as a well-rounded student. We are confident that he will be able to lead our program to championship levels, which we all value here at Alabama.”

The quick move by Byrne here is hardly a surprise. Sources close to the situation informed D1Baseball.com that Byrne wanted to move quickly in hiring the new Crimson Tide head coach. With all the drama surrounding Goff and the team last season, Byrne didn’t want to lose more ground from a recruiting standpoint and have the coaching search drag well into the month of March. That is, of course, what would’ve happened had the Tide gone after someone like Jay Johnson at Arizona, Todd Whitting at Houston, Mark Kingston at South Florida, or others. Time is of the essence for the Tide and Byrne preferred immediate stability over waiting for the hot and young head coach. There’s some risk involved with hiring Bohannon. At least four established, rising head coaches expressed interest in the Alabama job to D1Baseball.com over the past week.

Instead, Byrne went the route that several schools, including Mississippi State and Kentucky, have gone over the past 12 months. MSU surprised some people this past fall when it hired LSU assistant Andy Cannizaro with limited experience. Cannizaro, though, has an infectious personality and has made an immediate impact on a team decimated by injuries. Mingione, the SEC Coach of the Year, as with Bohannon, is a John Cohen disciple and has done an amazing job with the Wildcats this spring.

It’s perfectly possible that Bohannon is that next stud SEC assistant turned head coach. Bohannon earned a stellar reputation as a recruiter and coach during his time at Kentucky before heading to Auburn to join Butch Thompson. Bohannon spent two seasons at Wake Forest before spending 12 seasons at UK. He has been at Auburn the past two seasons.

One of the important traits Byrne was looking for in a head coach was the ability to bring some stability and passion into the program, while being particular in recruiting. For instance, a good percentage of Alabama’s student body resides from out of state. Therefore, Byrne wanted someone who could not only tie down recruiting in the Yellowhammer State, but also have the ability to head out of state and reel in recruits from other parts of the South, Midwest and potentially even the West Coast. He wants Alabama’s baseball program to cast a wide net in recruiting.

“This is the opportunity of a lifetime, and I cannot wait to get started,” said Bohannon. “My goal is to make The University of Alabama the best baseball experience in the country. We’re going to recruit at the highest level, coach and develop our student-athletes and create a positive team culture that ultimately will help us to be successful. Every aspect of our program will play an important part, and Alabama has incredible resources to help us reach our goals. I truly believe we can accomplish anything here.”

Alabama’s program has big-time potential despite a rash of disappointments over the years. While the Crimson Tide certainly lack fan support, this is a program that attracted 5-6,000 fans per game back in the big-winning days of Jim Wells in the early 2000s. Win and the Tide fans will show up. The key for Bohannon is the ability to sell a premier stadium. I was skeptical when the Tide built a new ballpark — the assumption was that it wouldn’t be done the way it should be. Instead, the Alabama athletic department did an amazing job on the facility, and for me, it would rate in the top five of the Southeastern Conference, maybe even slightly higher in terms of niceness and amenities.

As much of a natural as Bohannon is, and the addition of a sparkling new and renovated ballpark helps this program, there are plenty of obstacles. Ole Miss and Mississippi State are more attractive options on the recruiting front at the moment and Auburn, Bohannon’s former club, is trending the right direction in Thompson’s second season. Plenty of other teams have stakes in recruiting in Alabama, too.

But if the latest trend of coaching hires in the SEC holds true, Bohannon could be a slam dunk success for the Tide. Mingione and Cannizaro were both hires that at least some in the SEC viewed as very much risky. However, both have enjoyed instant success.

The talent level at Alabama isn’t anywhere near that of Mississippi State and Kentucky, but there’s more than enough in the thank to show immediate improvements next season, and that’s not including the potential influx of last-second recruits that Bohannon might sway to come on board. Bohannon will stay with Auburn through this weeken’s Tallahassee Regional.

The Bohannon era begins at Alabama. Stability is on the way.