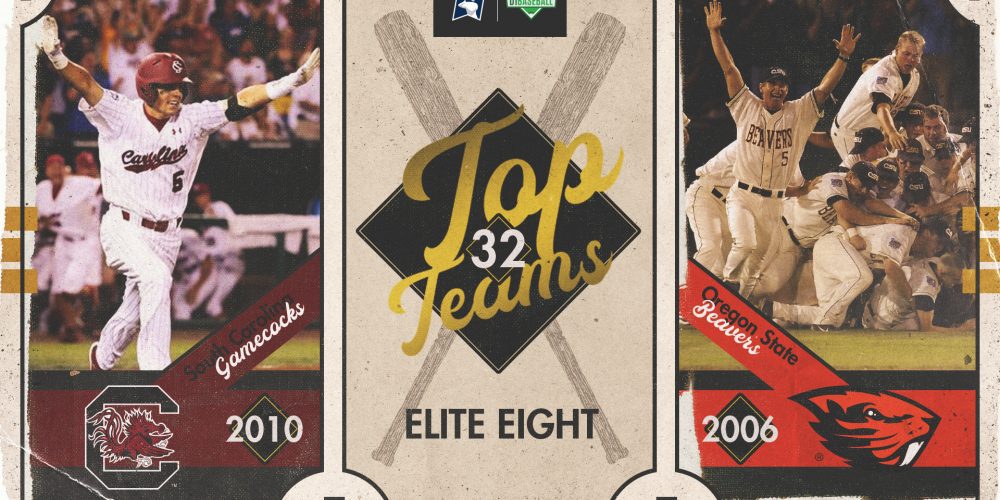 Today would have been the the first day of the 2020 CWS Finals. Since we don’t have live baseball to watch, we’re taking a look back at the greatest CWS teams of the modern 64-team NCAA tournament era. In conjunction with NCAA.com, we’ve made our picks for the 32 best Omaha teams since 1999 and seeded them into a bracket. 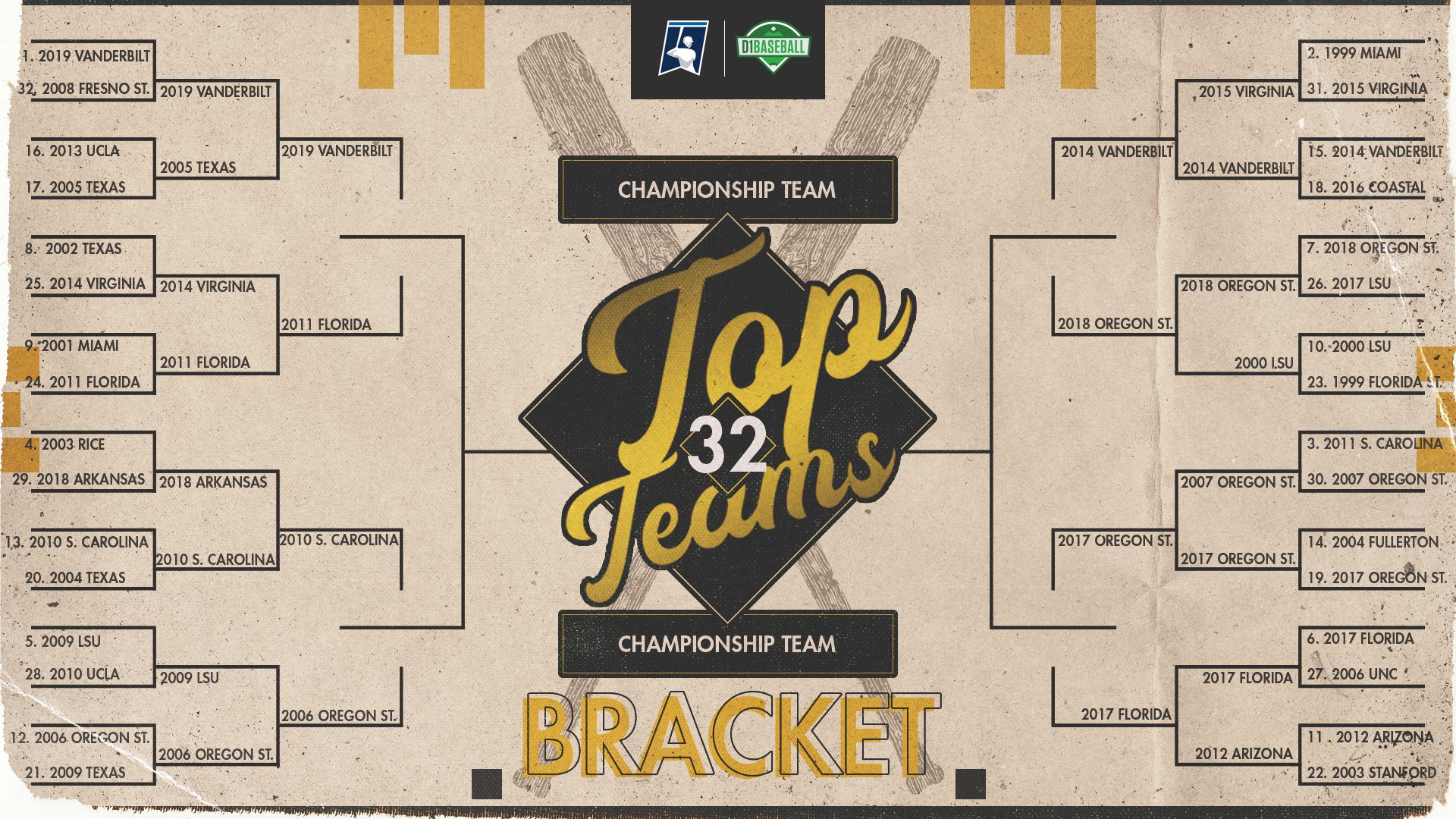 The Gamecocks had experienced a wealth of success during the Ray Tanner era, but was still chasing a national title entering the 2010 season. That quest finally came to an end that season as the Gamecocks won the final College World Series title at the iconic Rosenblatt Stadium with a walk-off winner from Whit Merrifield. South Carolina has a wild ride through the postseason, going 3-0 in the Columbia Regional before sweeping in-state rival Coastal Carolina in two games to advance to the CWS. From there, USC actually lost its first game in Omaha to Oklahoma before going on quite a fun ride. The Gamecocks beat Arizona State and Oklahoma in back-to-back games before double-dipping heated rival Clemson with lefthander Michael Roth earning legendary status with an unlikely, incredible performance. Once in the CWS Finals, the Gamecocks beat UCLA 7-1 in the first game before making history at Rosenblatt with a 2-1 win over the Bruins in the finale game. In addition to winning the final game at Rosenblatt, the Gamecocks won their first national title and kicked off what were two amazing seasons with Roth and Co., leading the charge.

To get an idea of just how good Roth was in Omaha during that run, the talented lefty made four appearances and two starts and tallied a 1.10 ERA in 16.1 innings, along with teams hitting him at just a .167 clip. Blake Cooper also was impressive in Omaha that year, while relievers Matt Price and John Taylor were sensational, with Price striking out 15 in 9.2 innings and Taylor having an unblemished ERA in four appearances. Offensively, Christian Walker led the Gamecocks in that CWS with an outstanding .414 average, while Brady Thomas (.381) and Evan Marzilli (.370) also were notables. There’s also electric outfielder Jackie Bradley Jr., who hit .345 and etched his name in Gamecocks lore with a strong showing in Omaha. He, of course, is now enjoying success with the Boston Red Sox.

South Carolina went on to win the national title again in 2011, but the first, especially the last in Rosenblatt Stadium, will remembered for a long, long time.

“The 2010 team was comprised of big- time playmakers.” Former South Carolina head coach Ray Tanner said. “We had good players, but they seem to always perform at their best during the most critical points in a game. It might have been a big pitch, a play on defense, or a clutch hit. But, it happened consistently as we proceeded throughout the entire season.

“They had fun at practice, in the locker room, on the bus, and during games. It was the most tense- free group that I ever coached.”

How They Match Up: Back in Round One of our bracket, the 2007 Beavers upset the 2011 Gamecocks in a matchup between the only repeat national champions of the 64-team era. Now we’ve got a matchup between the two teams that started those respective dynasties. The 2006 Beavers and 2010 Gamecocks were both overflowing with heart and swagger, which helped both of them complete memorable runs through the losers’ brackets in Omaha. Both were stellar run-prevention machines that ranked in the national top 10 in ERA and the top 20 in fielding percentage. South Carolina was the more powerful offense (33rd in homers per game, vs. OSU’s 175th), but the Beavers were the more efficient offense (57th in scoring, vs. South Carolina’s 125th). But throw out all the stats in this matchup. These two clubs were defined by guts, pure and simple.

South Carolina was the more powerful offense, but the Beavers were the more efficient offense. But throw out all the stats in this matchup. These two clubs were defined by guts, pure and simple.

Who gets the W?