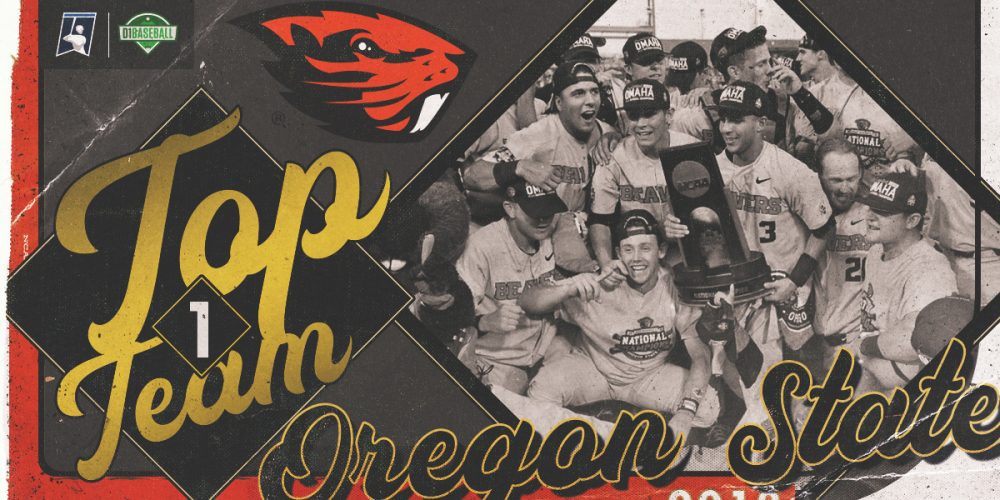 Since we didn’t have live NCAA tournament baseball to watch this June, we’re taking a look back at the greatest CWS teams of the modern 64-team NCAA tournament era. In conjunction with NCAA.com, we’ve made our picks for the 32 best Omaha teams since 1999 and seeded them into a bracket. Fans voted for the winner of each matchup.

The fans have spoken, and they have the 2018 Oregon State Beavers as the top team of the 64-team era. The Beavers won a close vote against the 2019 Vanderbilt Commodores in the Finals, earning 51.67% of the 16,448 votes cast across Twitter, Facebook and Instagram.

Read more about the matchup below. 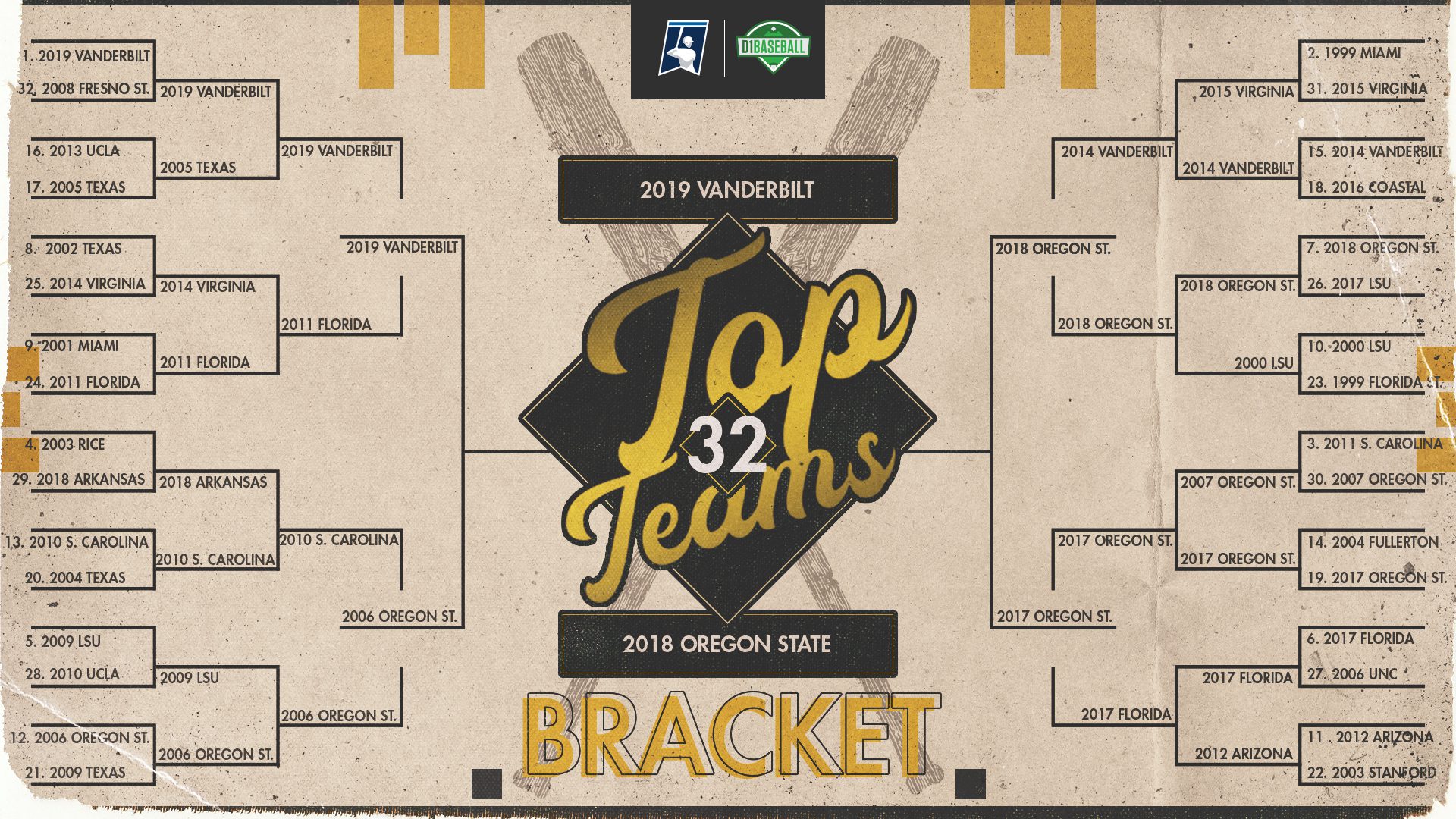 Facing powerhouse national seeds Louisville and Mississippi State in bracket play, Vandy’s pitching allowed just six runs in a 3-0 run to the Finals, setting up a showdown between Vandy coach Tim Corbin and his one-time assistant, Michigan coach Erik Bakich. The Wolverines took the opener 7-4, but once again Vandy proved its mettle with its back to the wall, as Rocker and Mason Hickman came through with standout performances to lead the Commodores to 4-1 and 8-2 victories, and their third national title. Rocker earned CWS Most Outstanding Player honors, going 2-0, 1.46 with 17 strikeouts against three walks in 12.1 CWS innings. Hickman (1-0, 0.75 in 12 innings) also had a worthy case for the honor, as did shutdown closer Tyler Brown (0.00 ERA and three saves in four appearances and 7.2 innings).

Oregon State dominated some of the CWS’s most important categories that year. For instance, OSU hit .327 as a team in 2018, with the next closest team being Texas Tech with a .275 average. Meanwhile, the Beavs led all teams with a 3.38 ERA. Florida was second with a 3.50 ERA. In addition to Abel’s complete game against Arkansas, he made four appearances in the tourney and had an 0.86 ERA in 21 innings, along with 23 strikeouts and seven walks. Meanwhile, Larnach hit .417 and eventual No. 1 overall pick, catcher Adley Rutschman, had an incredible run in Omaha with a .567 average, three doubles, two home runs and 13 RBIs, along with a .649 OBP to capture MOP honors.

How They Match Up: College baseball’s two most recent national champions are also among the most talented and accomplished teams of the 64-team era. And in many ways, these two clubs were mirror images of each other. Both pitching staffs were carried in Omaha by heroic performances from power-armed righties who earned national Freshman of the Year honors (Abel and Rocker). Both of them had truly elite offenses loaded with power and versatility, each anchored by a first-team All-American and first-round pick (Rutschman and Bleday). You can make a strong case that these were the two most intimidating offenses of the last decade, and both of them were also sterling defensive units that ranked in the national top 12 in fielding percentage. Vandy got stronger overall starting pitching in Omaha, but OSU was the slightly stronger pitching staff over the course of the season. Vandy had a premium righthanded power closer who came up huge in Omaha (Brown), while OSU relied on a pair of standout lefties (Brandon Eisert and Christian Chamberlain). These two clubs are worthy finalists in our bracket, and it is not easy to pick between them.

So which team is the champion of champions? Cast your vote below.

This one is for the title of Top Team of the Super Regional Era! These two clubs are worthy finalists and it is not easy to pick between them.

So which team is the champion of champions? Cast your vote below! 👇