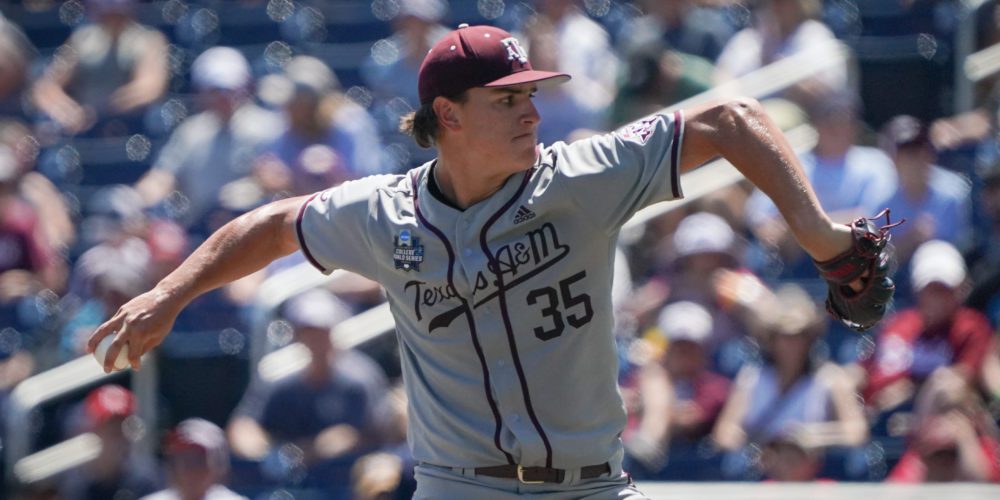 As Texas A&M eliminated rival Texas from the College World Series on Monday, Schlossnagle, in the post-game press conference, discussed Jacob Palisch’s prowess out of the bullpen and Micah Dallas’ quality start. He then followed that up with a comment about how he hoped Dettmer, an ultra-talented righthanded pitcher, had taken notice.

Dettmer has put together some quality, and even dominant starts this season. His start at Vanderbilt in late April comes to mind. But he had struggled down the stretch, and in A&M’s first game at the College World Series, he[…]