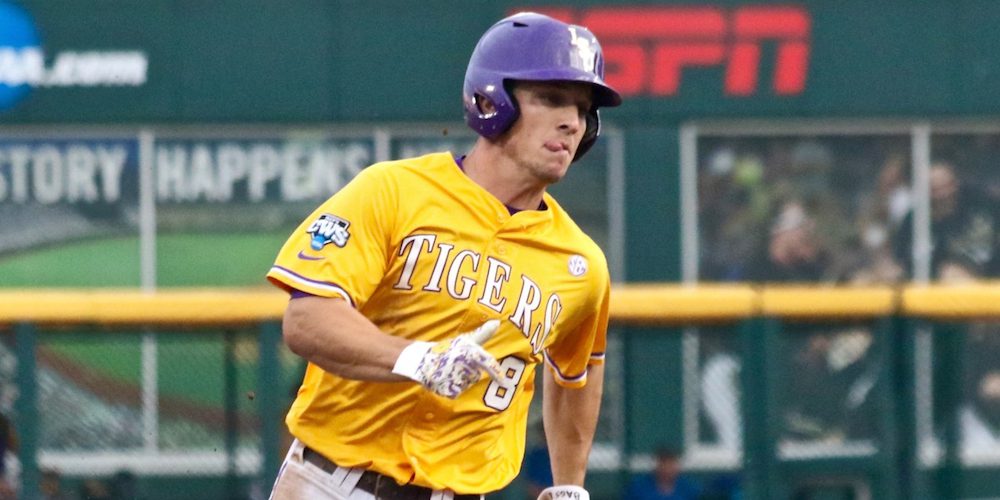 Editor’s Note: The COVID-19 crisis has resulted in the cancellation of the 2020 college baseball season, so we’re digging through our archives and re-posting some of the best work of D1Baseball’s first five years, highlighting some of college baseball’s biggest stars and most compelling storylines. As we continue working our way through the 2015 season, let’s revisit Aaron Fitt’s 2015 salute to Alex Bregman, after his brilliant LSU career came to an end in the College World Series. Just one year later, he would be in the big leagues with the Astros, well on his way to stardom.

LSU is one of the very best programs in college baseball history. And Alex Bregman is one of the greatest players ever to don LSU’s purple and gold. No less an authority than Skip Bertman already declared Bregman the best shortstop in school history, and the superlatives have flowed like Abita as Bregman’s brilliant college career has wound down over the last few weeks.

Bregman played his final game for LSU on Thursday night, and he left college baseball fans with one last indelible reminder of his greatness. In Tuesday’s win against Cal State Fullerton, Bregman’s bat did the talking, as he rapped out four hits. This time, he dazzled TD Ameritrade Park with his defense. …