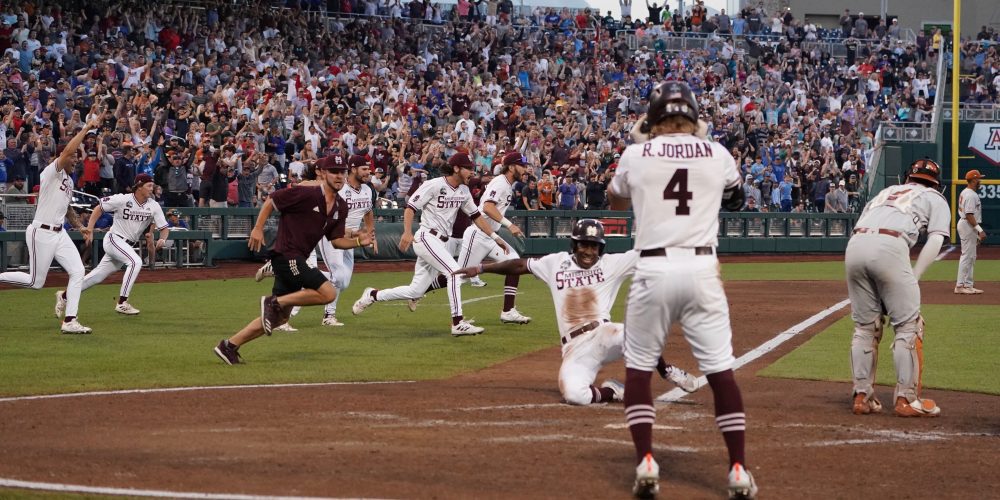 OMAHA — It almost felt like it had to go down this way. If this Mississippi State club was going to play for the national title, of course it had to reach the Finals via a comeback and a walk-off hit. That’s just the way these Bulldogs operate. They love that drama.