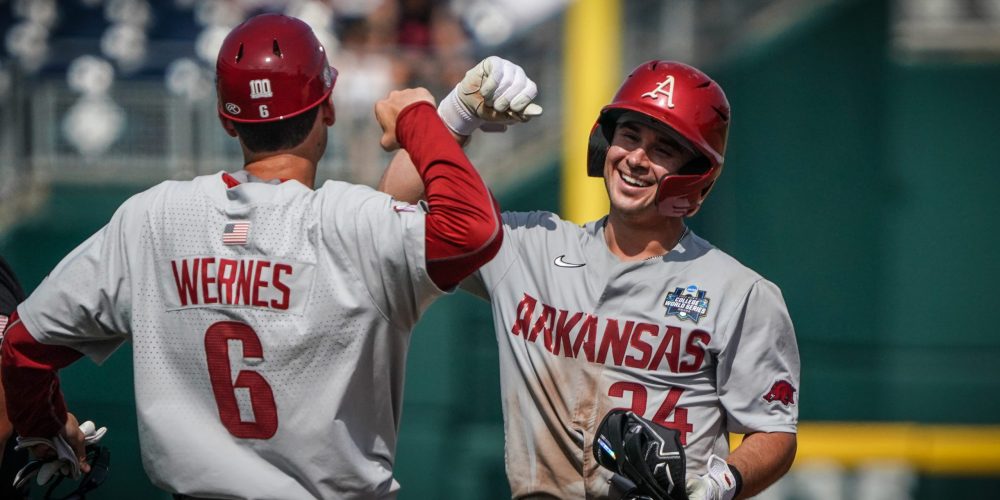 OMAHA — It might’ve taken more than three months to accomplish, but Arkansas is finally playing like the team we thought it would be coming into the season.

The Razorbacks began their College World Series opener with a triple off the bat of leadoff hitter Braydon Webb. And that hit set the tone for the entire afternoon, as the Hogs got a plethora of offensive production and ace righthanded pitcher Connor Noland tossed a gem in a 17-2 win over Stanford to move into the winner’s bracket.

“I thought we played a fantastic game. I mean, it started on the[…]