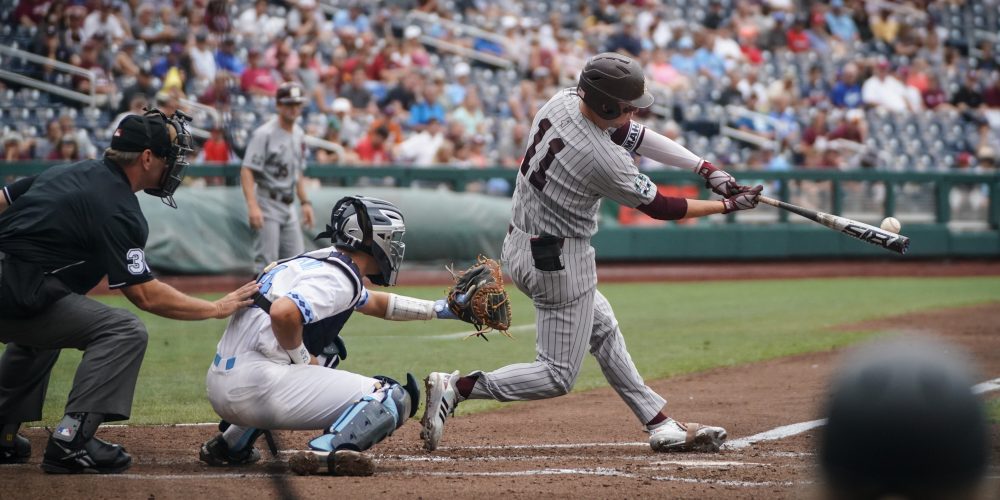 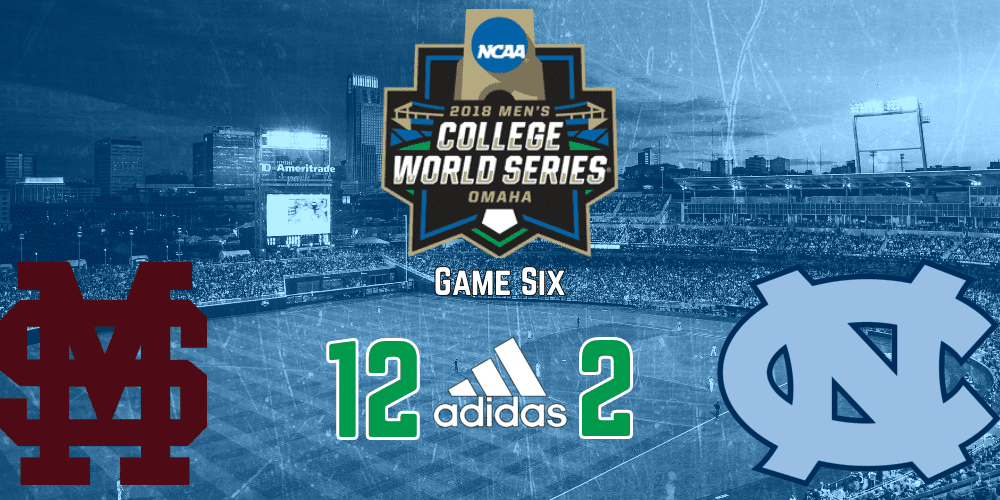 OMAHA — No matter what happened at the College World Series, Jordan Westburg had already made his mark on Mississippi State’s postseason run. It’s his fault the towns of Starkville and Omaha have gone completely bananas. It’s his fault grown men have been walking around the Old Market and the aisles of TD Ameritrade Park dressed in giant banana costumes. It’s his fault that every other tweet on your timeline right now has 20 banana emojis.

Westburg was just another freshman having an up-and-down first season until TV cameras caught him goofing around in the dugout with bananas holstered in his belt, using a banana as a phone, or a radar gun. His antics helped keep the Bulldogs loose in the Tallahassee Regional, and when they completed a run through the losers’ bracket, the banana mania took on a life of its own.

The next day, Westburg returned to the starting lineup as the DH in the 9-hole, after missing the SEC tournament with a hamstring injury. He made some contributions with the bat during MSU’s improbable run to the College World Series, recording at least one hit in four of MSU’s next five games, and driving in four runs in regionals and supers.

But let’s get real: to the public at large, Westburg was just the “banana guy” until Tuesday at the College World Series.

Now, he’s the Banana-In-Chief. The Grand Banana, if you prefer. Sure, he’ll always be linked to a piece of fruit, but now he’ll also be remembered for tying a CWS record with seven RBIs in Mississippi State’s 12-2 win over North Carolina, improving the Bulldogs to 2-0 in Omaha, one win away from a trip to the CWS Finals.

“I think, you know, if you’re going to do all the shenanigans in the dugout, might have to step it up on the field and back that up,” Westburg said. “So it’s always nice to do that today.”

Westburg electrified the maroon-, white- and yellow-clad fans at TDAP Tuesday with a second-inning grand slam over the left-field bullpen, giving the Bulldogs a 4-1 lead they would not relinquish. The big swing came with two outs and a 1-2 count, when UNC starter Austin Bergner hung a breaking ball, and Westburg pummeled it. 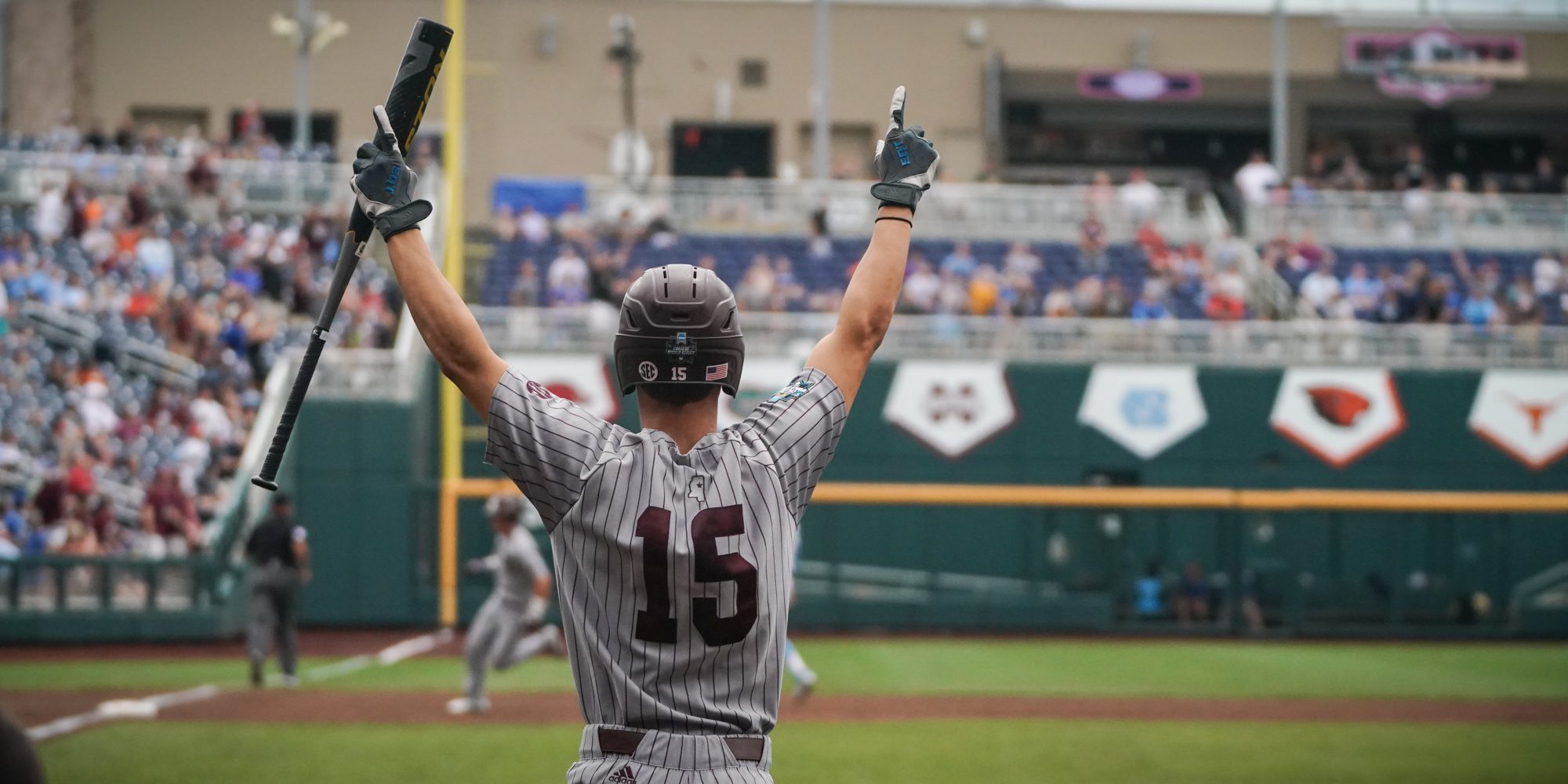 When Westburg showed up on campus as a projectable 6-foot-3, 202-pound Texan, the MSU coaches predicted he would develop into a dangerous power hitter at some point in his career. But he went deep just once in 111 at-bats heading into Tuesday; he carried a .243 batting average and a .360 slugging percentage into the game. Certainly, he wasn’t the guy UNC was game-planning around.

“You know, I just think that’s the great thing about college baseball,” UNC coach Mike Fox said, with a wry smile and a shake of his head. “I mean, it hurts to look at that. But I mean, I don’t know if he’ll ever have a game like that again. He might. I hope he doesn’t against us. That’s what you get out here; you get guys don’t expect … But you’ve got to give that kid credit. Looked like he was locked in after that. A grand slam will do that to you, get you some confidence.”

Westburg certainly swung the bat the bat with confidence during both of his at-bats in Mississippi State’s eight-run eighth inning. As the second batter of the inning, he helped spark that game-sealing outburst with a single to left-center off Bergner. Then Westburg put an exclamation point on the onslaught with a three-run double down the left-field line, providing Mississippi State with its final margin of victory.

Since enduring an 0-for-14 stretch over five games in late April, Westburg has become a useful piece down at the bottom of the Mississippi State lineup. But it took some trials and tribulations for him to become a more confident hitter and a CWS hero. Westburg has started 29 of Mississippi State’s 66 games — he was in and out of the lineup for a while due to inconsistent contact.

“He’s like a lot of guys — there’s some short-term failure there. And he doesn’t handle it any better than the average guy. So he’s got to get better at that,” MSU coach Gary Henderson said. “…He and I have had that conversation a few times. He’s got to learn to imagine emotions. He tries really hard. He’s a really good competitor. He’s going to play baseball for a long time.” 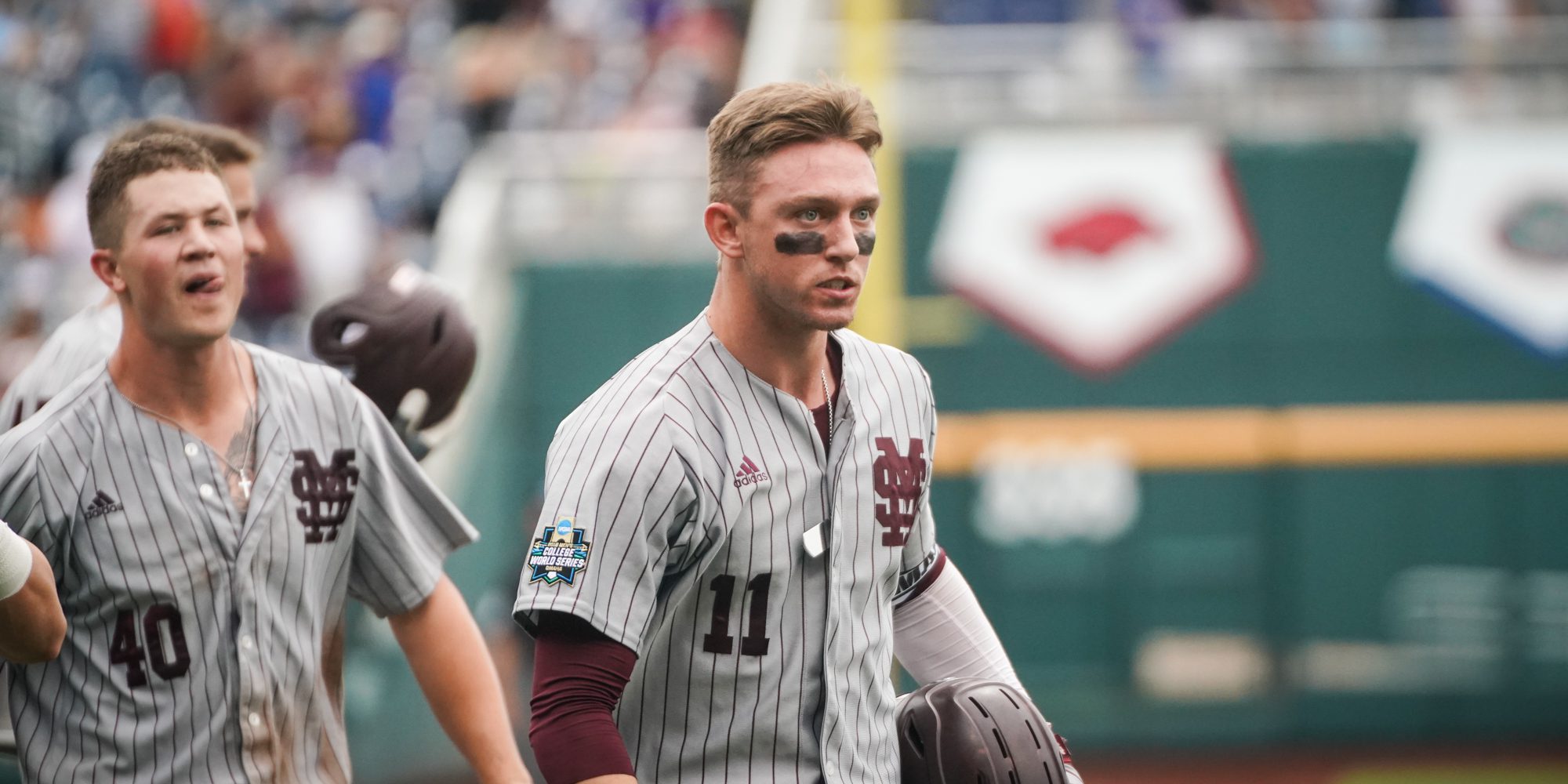 From the outside looking in, you might imagine Westburg is some kind of fun-loving goofball, given the excessively well-publicized banana antics. But in the postgame press conference, he comes across as serious and grounded.

“He’s an intense kid. Super intense. He’s not a goofball,” Henderson said. “When he finds a way to let some of the air out a little bit and enjoy it and have fun, and not maybe not grind, grind, grind, I think it’s incumbent upon us to notice that and respect that that’s important.”

Which isn’t to suggest the urgent phone call Westburg had to take on his banana phone wasn’t important.

“I think where we are now you need to be able to let those guys have some fun,” Henderson said. “They’ve got to be able to do that. He’s got to make the phone call on the banana. Right? You gotta be able to do those things and become somebody different when you’re in the box.”

And now everybody knows — there’s more to Jordan Westburg than fruit. No matter what happens the rest of the way — but especially if this incredible group of Mississippi State upstarts can find a way to win the whole enchilada — Westburg will be remembered for hitting a huge grand slam in the College World Series. How about that?

“I think it’s something you always dream about,” Westburg said. “But imagining that, just with the way the season went, is kind of hard to imagine something like that. But it was unbelievable. It’s a moment that every ballplayer wants to go through. And I was lucky enough to experience that.”