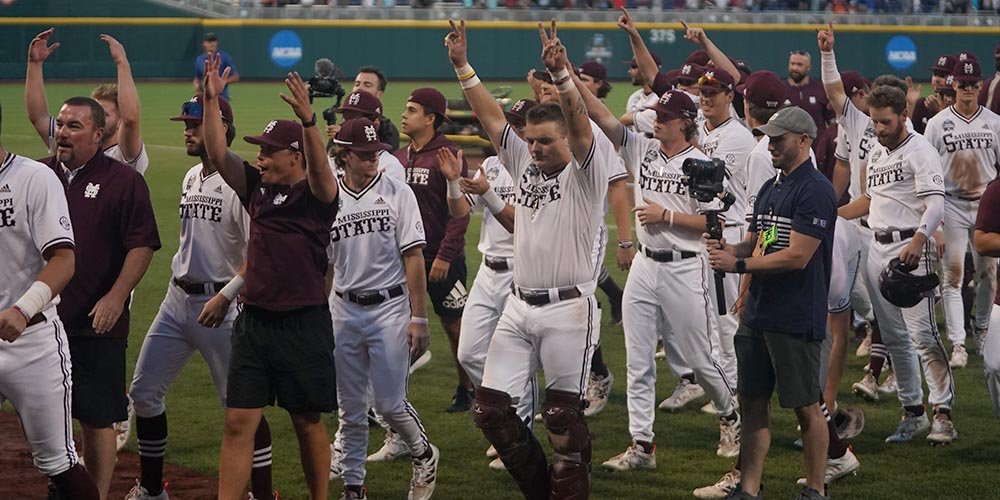 To the finals we go. Mississippi State players acknowledge their fans after having disposed of Texas and will move on to play Vanderbilt in the CWS best-of-three.

OMAHA, Nebr. — Today was supposed to be the day at the College World Series where we have two games that would lead to the winners getting a slot the CWS championship series next week. But a funny thing happened on the way to the bracket finals. Yes, yes, we all know by now, the North Carolina State Wolfpack were officially knocked off its perch as the Bracket One top dogs by Covid protocols and thus the first of what was supposed to be two games today was ruled “no contest” and this turned into just a one game day[…]