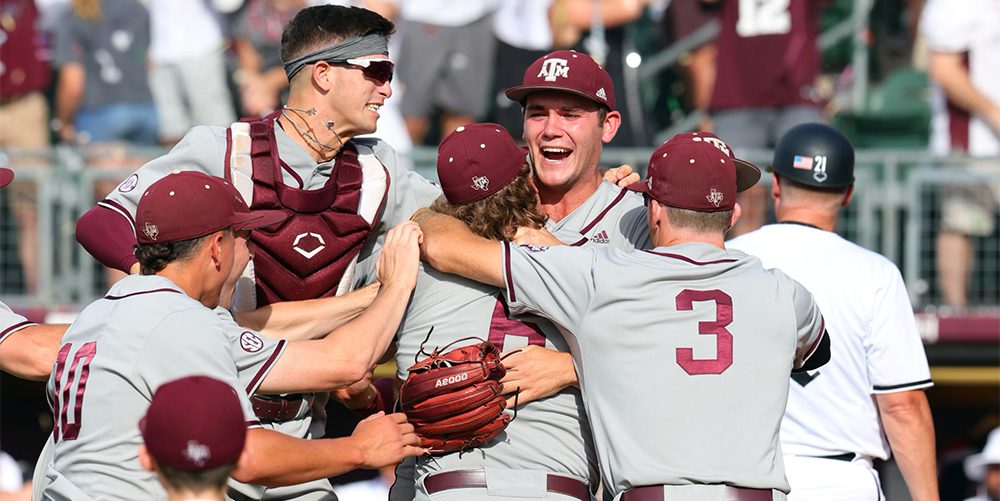 COLLEGE STATION, Texas — Texas A&M first-year head coach Jim Schlossnagle could’ve never dreamt this time a year ago that he would be headed back to the College World Series in his first season with the Aggies after a 4-3 win over Louisville.

This time a year ago, Schlossnagle was in uncharted waters. He had just been hired by Texas A&M athletic director Ross Bjork. And for the first time in 18 seasons, he no longer wore purple and white with the letters ‘TCU’ across his chest. Instead, he was spending each night at the on-campus hotel and conference center[…]