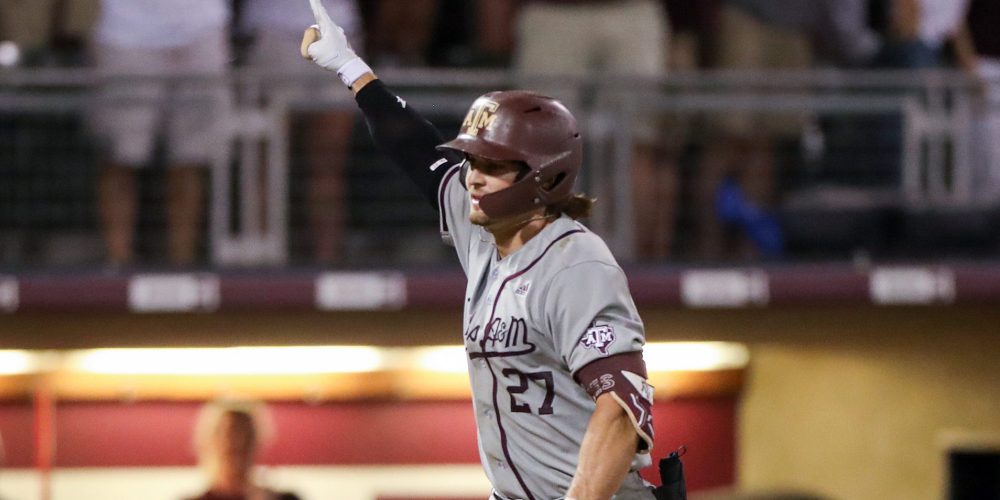 COLLEGE STATION, Texas — Almost everything that happened through eight innings at Blue Bell Park on Sunday night had every Texas A&M fan wondering if they’d ever get rid of the TCU nemesis in baseball — even with former Horned Frogs skipper Jim Schlossnagle in their corner this time.

But this meeting, yet another thrilling chapter in the series between TCU and Texas A&M, finally went the Aggies’ way as they scored seven runs in the top of the ninth inning to overwhelm the Frogs on the way to a 15-9 victory that has them in the Super Regional round[…]