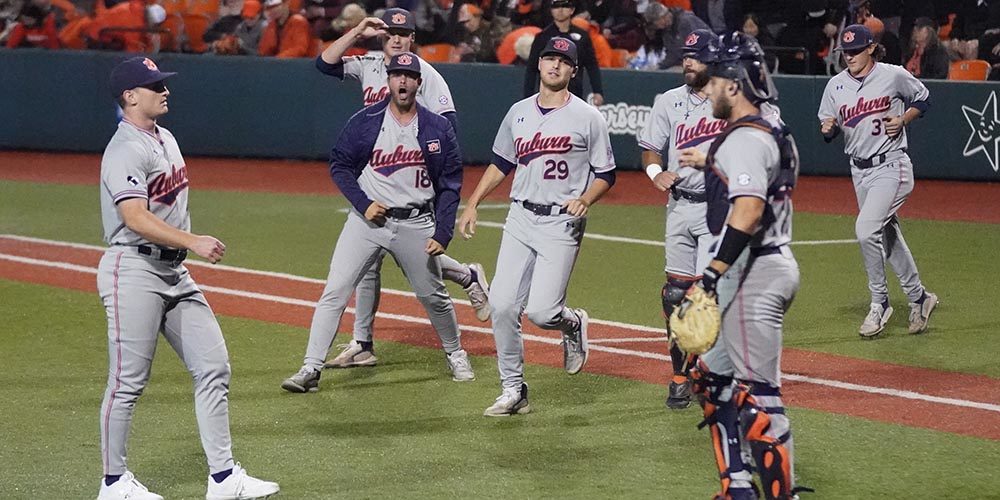 Closer Blake Burkhalter (left) sealed the deal for the Auburn Tigers in Game One up in Corvallis.

CORVALLIS, Ore. — This one certainly felt a lot different than the others. Even with the third-largest crowd in Goss Stadium history and “the best atmosphere I’ve ever seen” from head coach Butch Thompson, Oregon State just didn’t have that dominant feel that I’ve seen so many times before in its 7-5 loss to Auburn here on Saturday night.

The two previous times I had come to Beaver Town to watch the Super Regionals, Oregon State destroyed their opponents’ will to compete. That was against Vanderbilt and Minnesota, both of whom went 0-and-2 against the Beavers in 2017 and 2018[…]