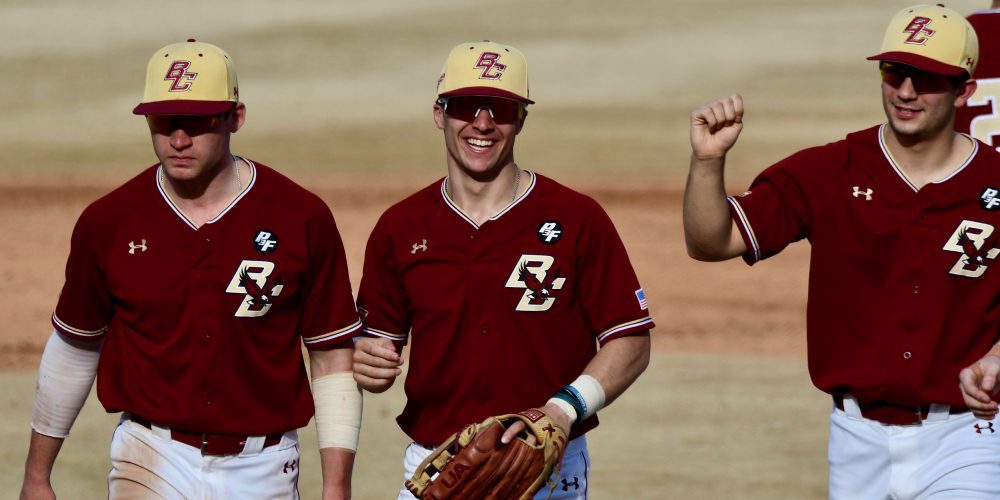 OMAHA — As the College World Series winds down, it’s time to look back on the 2021 season and thank the some of the players who make this sport such a joy to cover. We never forget how lucky we are to do this for a living, and for that we owe a debt of gratitude to the passionate fans and D1Baseball subscribers, but also to the coaches and players who provide so many compelling storylines each season.

Every June, I salute my favorite players I’ve covered over the past season by unveiling of the All-Fitt team. This project started in 2007 as a way to recognize some of the undersized grinders who are near and dear to my heart, as a fellow vertically challenged individual. But over time, more bigger-framed players cracked the list; now this list is a blend of players I particularly enjoyed watching or interviewing, regardless of size (but being short still gives you an edge!).

DISCLAIMER: This is a purely subjective list of players I found particularly fun in the course of my travels. But this year, due to the pandemic, I did not make any air travel until very late in the spring, so the West and Big 12 are under-represented here. I apologize in advance for the heavy ACC and SEC flavor, but in this strange COVID-addled season, those were the conferences I covered the most, and the players I got to know the best. Sadly, it was also more difficult than usual to make meaningful connections with players in a world of Zoom interviews and no face-to-face postgame exchanges. But that made the really good interviewees stand out.

The captain of this year’s All-Fitt team is Boston College center fielder Sal Frelick, a 5-foot-9 dynamo who was perhaps the most exciting player I saw this spring, as well as my favorite interview. More on Frelick and the rest of the 2021 All-Fitt squad below.

I’ve covered Rothenberg a bunch over the last four years, and I’ve always appreciated his thoughtfulness and warm presence, making him an easy choice as a repeat member of this team. He is a natural leader who is beloved by his teammates, and he continued to get better and better as his career progressed.

Here’s what I wrote about Tyler after seeing Florida State in the fall: “The son of Mike Martin Jr. might not have the big, sexy tools of some of the other guys in the lineup, but he’s a high-energy scrapper with a little whip in his swing, and he just has a knack for finding his barrel and moving the ball around the field. He hit an opposite-field double and pulled another liner for a single to right in the scrimmage I saw, and his energy was infectious.” My kind of guy.

I know it’s obvious, but come on — how could #BobMoore not make this team? This was maybe my favorite moment of the whole season, the ultimate Short Man’s Revenge:

A 5-foot-9 badass, Waddell is the All-Fitt Team prototype, and a repeat member of this team. He was also one of my favorite interviews of the year, plenty of excellent color in his answers — as you’d expect from a guy who hit a big home run in the fall world series, got booed by his teammates in the opposing dugout, and taunted them coming around third base. Such a fun moment:

Here’s another prototype guy; just look how our Walter Villa described him in a feature in May: [Pitt coach Mike] Bell said Duff – listed at 5-foot-9 – epitomizes Gritsburgh. In March, the third baseman led off against Virginia and fouled about “10 to 12” pitches, Bell said. Duff then got hit by pitch on toss No. 16.

The captain of this year’s #AllFitt team, Frelick was one of my favorite interviews in years — he’s just brimming with charisma, likability and swagger, and he’s a very intelligent guy who offers plenty of insight. Also, he’s a blazing runner with serious bat speed who might be the most exciting player in the country — he’s a 5-foot-9 stick of dynamite, to borrow a phrase I’ve used to describe other vertically challenged All-Fitt players in past years.

The spiritual heir to Jake Mangum, Allen is probably on everybody’s list of favorite players this year, because he’s got an awesome personality — funny, engaging and genuine. Also it is just a joy to watch the man hit.

This one was a no-brainer, as the wiry 5-foot-9 Wilson showed out when I saw Alabama in the fall and again when I back in Tuscaloosa in the spring. What an electric player.

McDonough is just a treat to watch. He’s not flashy, and he’s not the best quote — he’s just a throwback baseball player who can do it all, a switch-hitter with pop, speed, instincts and barrel skills. His game has some similarities to Wilson, and both of them are capable of playing either second base or center field.

The word “dynamo” was invented for Bradfield, a wiry speed merchant who changes the game every time he gets on base (which is a lot). I also like that he wears No. 51, seemingly leaning into the Willie McGee comparison.

Let’s not overcomplicate this. How could this guy not be on this squad?

The ECU second baseman lands on this list because he is a natural born killer in the batters’ box, and he hit approximately .800 with 50 home runs in games I attended this year.

We’ll give Highfill the nod at the two-way spot, after he logged his first at-bats of the year in the infamous #Pack13 game in Omaha — and proceeded to single against Kumar Rocker in each of his first three trips. I also like watching Highfill pitch; I’ve always had a soft spot for slot-shifters, and Highfill does a good job mixing in his sidearm slot with his typical high slot to keep hitters off balance.

Just a really good pitcher who always performed well when I saw him. He was a prospect crush of mine last year, and I was shocked he didn’t get drafted in the top five rounds (though he drew interest). He turned down significant bonus overtures, bet on himself, came back for a fourth year and proved he could dominate as a starter. It’s going to pay off for him in a big way on draft day.

We all know how talented he is. Leiter was a treat to watch pitch — the way he stalks around the mound, stays in attack mode, works fast, and of course the way he electrifies with his stuff. But he also makes this list because he’s a lot of fun to talk pitching with. Really enjoyed my conversation with him after a game in Oxford in May.

Speaking of guys who can really talk pitching, McGowan is dialed way in to the details of his craft, as I learned in an in-depth interview last fall about his growth as a pitcher and Charlotte’s forward-thinking approach to development. And he backed it up by making a big jump forward this spring.

This is one of those no-brainers — he’s an undersized warrior with tons of funk and really good stuff, and he’s expressive to the point that Pitching Ninja repeatedly calls him a psycopath. His personality also plays in postgame, as he’s an excellent interview.

Kerry spent most of the season as a shutdown stopper in the South Carolina bullpen, but he made three starts at the end of the year and proved he could dominate in that role as well, so he gets a starting nod on this team. He’s fun to watch — a fearless competitor with a deep repertoire of quality pitches, and he also stands out for his character off the field.

An unflappable fifth-year senior fireman in the DBU bullpen, Kechely’s calling card is his sharp slider. I enjoyed watching him compete in the Fort Worth Regional, but I appreciated our exchanges after the games even more. He’s naturally outgoing and friendly, and a favorite of teammates.

This list wouldn’t be complete without the D1Baseball Player of the Year, a 24-year-old sixth-year senior who turned himself into the most dominant pitcher in the country, a year after posting an ERA north of 8 and asking the Arkansas coaching staff if they even wanted him back for another season. His transformation story was incredible, his cutter was electrifying, his tenacity and rubber arm were unmatched — and he’s also a first-class human who formed a lasting connection with fans and media alike.

His “Dippin’ Dots” interview during the Columbia Regional was the stuff of legend, making him an instant internet phenomenon. But Schoch had already endeared himself to me with his captivating mound presence earlier in the season — the way he stalks and struts around, and his expressive celebrations after nailing down a game, just made the man a mountain of fun. We need more personalities like Schoch, a self-made man who also has more depth and nuance than we saw in that joyful three-minute ESPN interview. He’s just a very warm person.