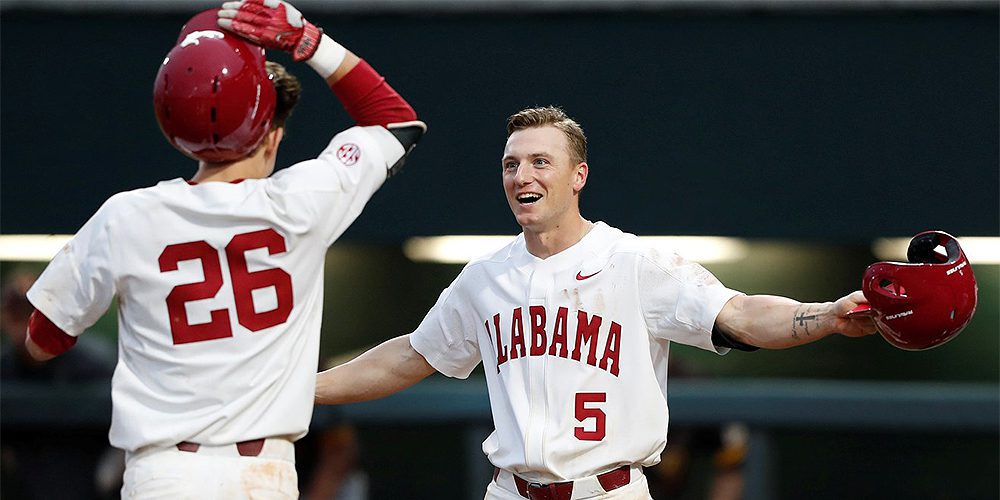 Alabama has had a strong start to the season. (UA photo)

When first-year Alabama head coach Brad Bohannon took over a turmoil-filled program last summer, he wasn’t real sure what to expect. The Crimson Tide had just gone through one of the worst seasons in school history and the personnel on hand didn’t look like one ready to compete for an SEC title or an NCAA postseason appearance.

But what Bohannon saw upon arrival was refreshing. He didn’t see a broken down group of players who felt entitled to anything. He saw a group of guys who had a strong bond with one another, and most importantly, who really wanted to find a way to win.

That first impression went a long way in quelling any nerves he might’ve had at. And while the fall was filled with ups and downs, the general consensus around Tuscaloosa was that it would take some time for the Tide to restore order. Or so we thought.

While the Crimson Tide will have many tougher tests this weekend at Oklahoma and beyond, they’ve captured the nation’s attention by getting off to a 9-0 start, which includes a series sweep over Washington State last weekend in a series that saw the Tide outscore the Cougars 29-9 in three games.

The showing against Wazzu was a step forward in the process for Bohannon and his suddenly rejuvenated program.

“The one thing I’ll say is that when I got this job, the first conversation I had with the returning players was refreshing. They talked about how much they liked each other and how much they wanted to find a way to win,” Bohannon said. “They really want to win, and when you have a group of older guys who are so determined to win, they sometimes play with pretty high efficiency. That’s been the case so far this season.