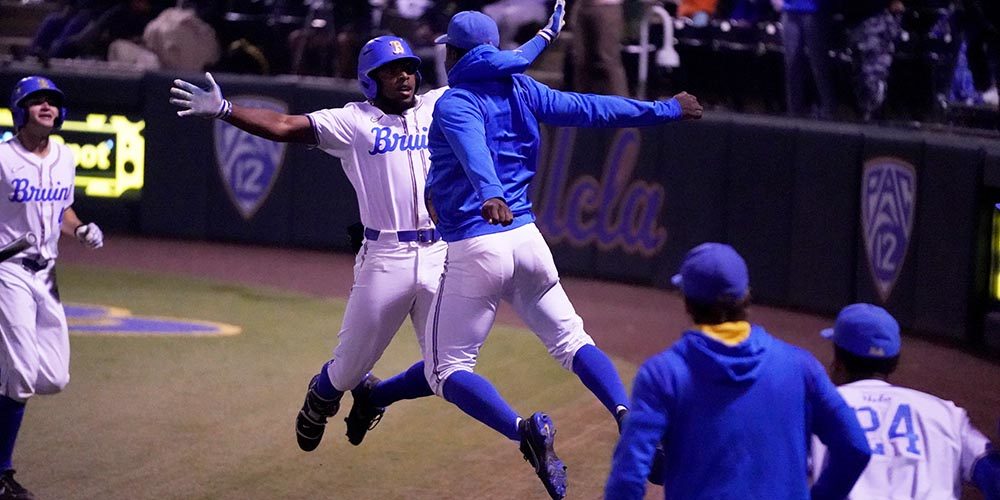 Jon Jon Vaughns gets the chest-bump after hitting his two-run home run against Oregon.

LOS ANGELES — Well, this one didn’t go exactly as the statistics would suggest.

Or maybe it did. I mean, for UCLA that is. As you guys probably know the Bruins are all about pitching and defense. Always have been. Remember that 2013 National Title team? As a team they hit just .240 in Omaha and still dominated the field, including two suffocating wins over Mississippi State.

Tonight, the role of Mississippi State was played by the Oregon Ducks. Yep, they came into the game hitting a nation’s-best .338 (tied with Tennessee at the start of the week). But the[…]