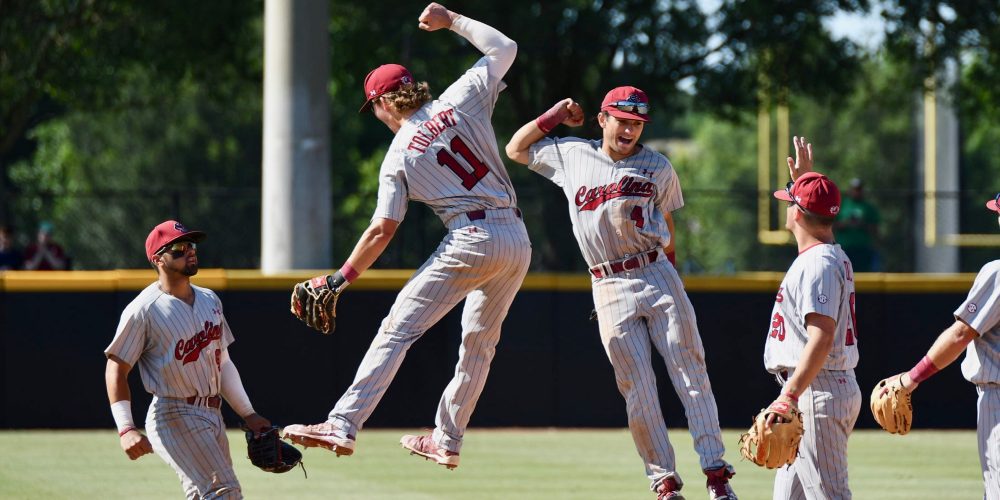 GREENVILLE, N.C. — LT Tolbert flipped the ball to Justin Row to record a force out at second base, and Row held the ball in his closed glove at forehead height for a moment or two longer than he ordinarily might have — and that was about the only sign that this win meant any more than any other win. The South Carolina outfielders executed a fairly run-of-the-mill postgame dance (inspired by the Red Sox outfield, which includes former Gamecock Jackie Bradley Jr.), then Tolbert and Blair did a standard postgame victory leap a few paces behind second base. Reliever Sawyer Bridges and catcher Hunter Taylor exchanged a perfunctory postgame hug, as players and coaches took their time ambling out of the dugout to join the handshake line.

Was this a team going through the celebratory motions after beating The Citadel or USC Upstate on some random Wednesday in March? Or was this a team that had just won a regional — a year after it had missed the postseason altogether and then endured a coaching change, and seven weeks after everyone in college baseball had left it for dead? 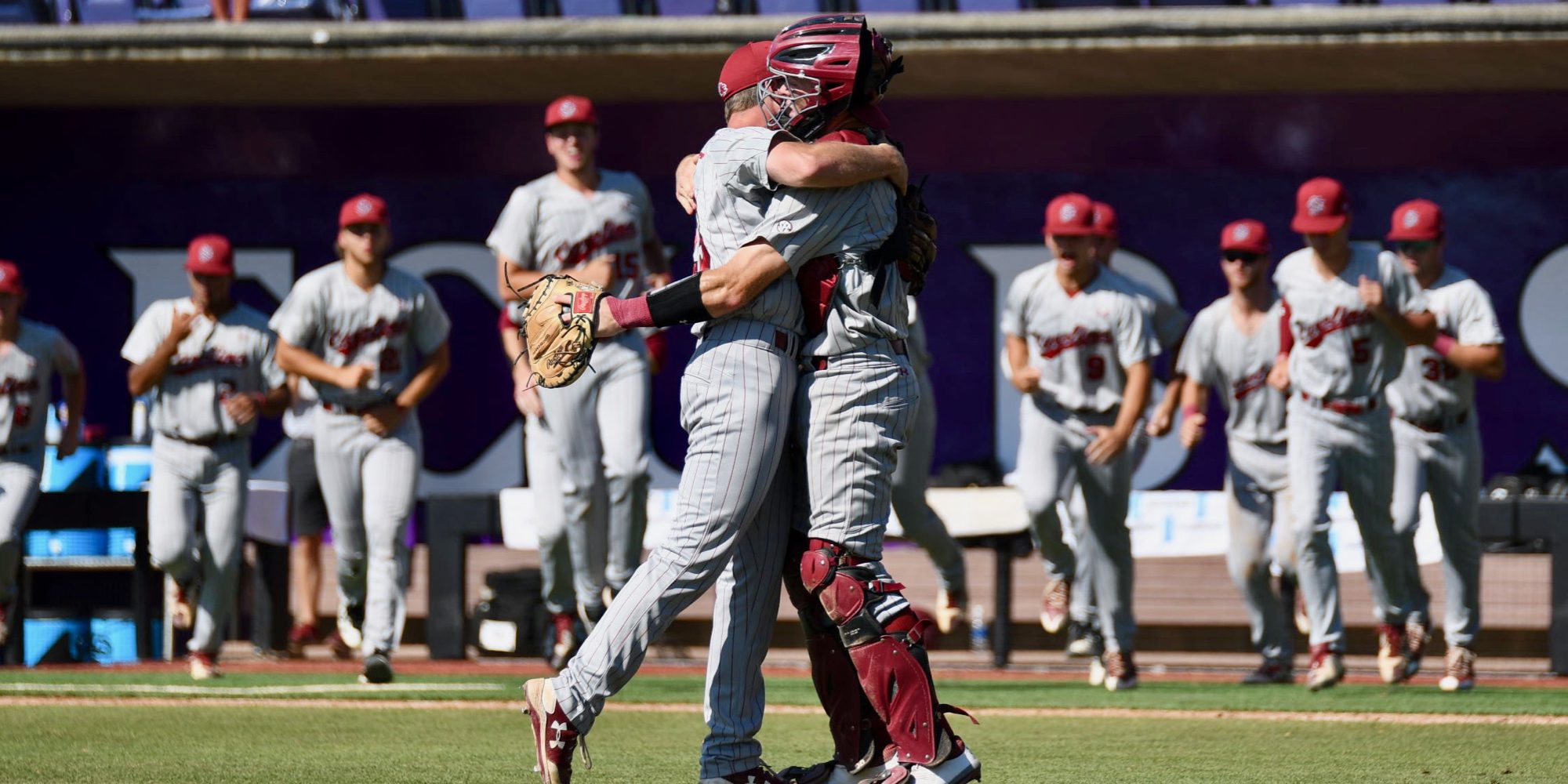 But that’s the funny thing about this South Carolina team — a midweek win in March might have been tougher to come by for this group than a 3-0 run through the Greenville Regional, capped by Monday’s 8-4 win over UNC Wilmington. At this point in the season, after seven solid weeks of winning, the whole comeback narrative is just about played out. Sure, it’s amazing what South Carolina did down the stretch, winning its final five SEC series to cruise into regionals as a No. 2 seed. But the Gamecocks have long since gotten over their own amazement.