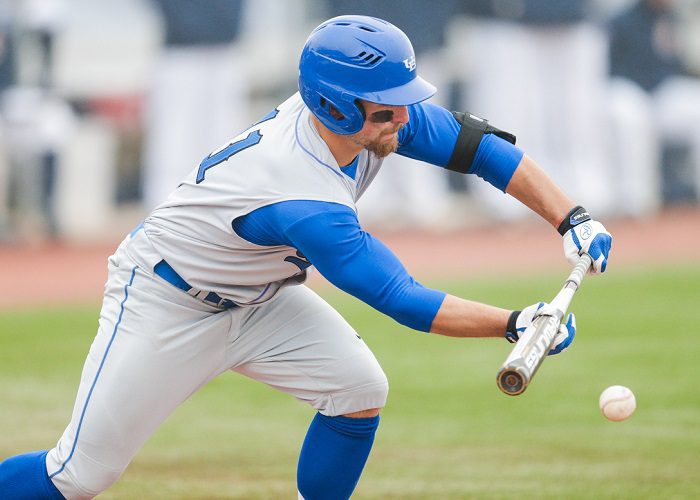 OXFORD, Ohio — In a game between two teams that had 12 combined wins coming into the weekend, fighting to stay out of last place in a conference nobody’s paying attention to, on a field that’s like the moon — it’s beautiful, but nobody goes there who doesn’t really make an effort — you’d find one of the most interesting players in college baseball.

Nick Sinay is the junior center fielder and leadoff hitter for Buffalo, and he’s unbelievably fast. At 5-foot-10, 190 pounds, he’s built low and slim, but obviously powerful, like a Formula One car, and he zips along the[…]