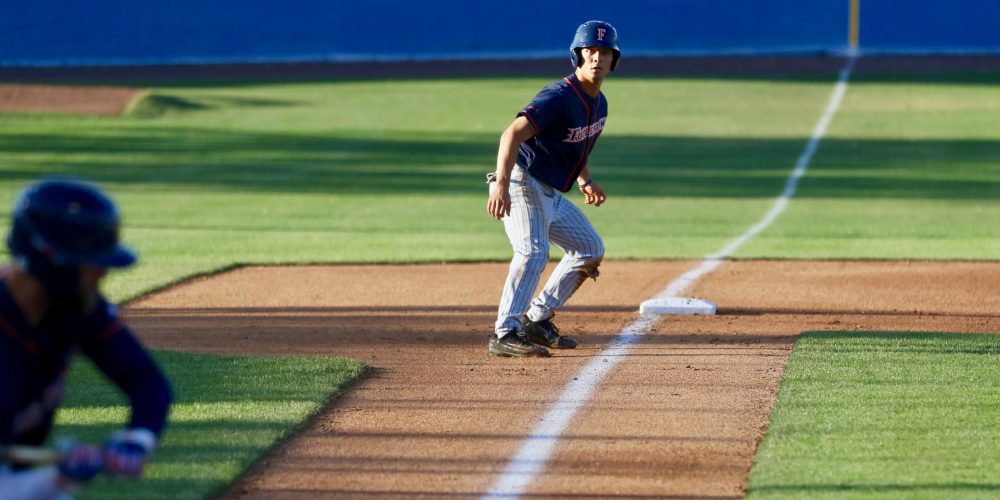 RIVERSIDE, Calif. — The thin line between a perennial power and a team that has hovered around .500 since moving to Division I 16 years ago was displayed late Saturday night when Colby Schultz never made it back to second base.

After dropping the first game of a road conference series and five straight, Cal State Fullerton was in desperate need of a win. The Titans took a 2-1 lead into the eighth inning, but freshman lefty Erik Cha allowed a leadoff double to Schultz, UC Riverside’s speedy leadoff hitter.

Looking to put Schultz 90 feet away from scoring the tying run, Riverside attempted a sacrifice bunt. Instead of setting up their best hitters with an opportunity to even the score, the Highlanders whiffed on the bunt attempt and Fullerton caught Schultz too far off the base, throwing behind to nail him.

“There was a baserunning mistake that cost us, but we’ve got to get that ball down right there,” UC Riverside head coach Troy Percival said. “We’ve got the heart of the lineup coming up and we’ve got an opportunity to score the run.”

The Highlanders wouldn’t get another opportunity. Fullerton closer Brett Conine came on to get the final four outs and was given a hefty cushion when the Titans scored four runs in the ninth inning to break the game open for a 6-1 win.

“It was a relief,” head coach Rick Vanderhook said of snapping the Titans’ losing streak.

Fullerton (16-10, 1-1) got on the board early as the first four batters reached. The Titans scored two quick runs on a Taylor Bryant bases loaded walk and a Hunter Cullen groundout, but UCR’s Ryan Lillie, starting for the first time since opening day, settled down his adrenaline and minimized the damage.

Riverside (12-10, 1-1) freshman Connor Cannon got one of the runs back in the fourth inning with a towering fly ball that hit nearly halfway up the netting behind the left field fence for his fifth home run of the season. Cannon added a single in the eighth inning…one batter after Riverside’s failed bunt attempt and baserunning blunder. 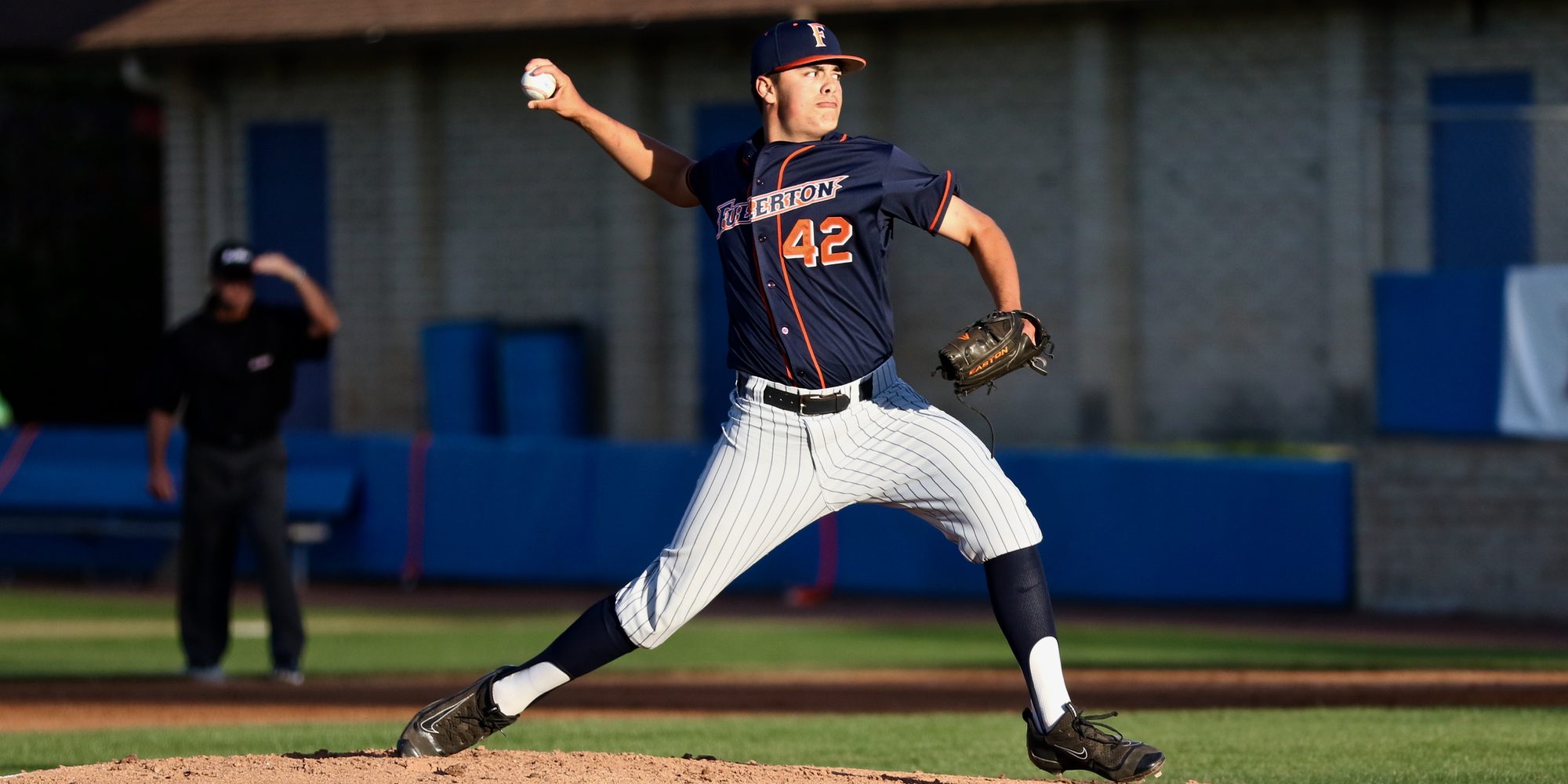 Gavin Velasquez has been solid for Fullerton on Saturdays. (Shotgun Spratling)

At least 25 scouts sat behind home plate with radar guns raised for nearly every pitch that UC Riverside righthander Ryan Lillie threw Saturday night. But the guns went back in the bag when Cal State Fullerton’s Gavin Velasquez took the mound.