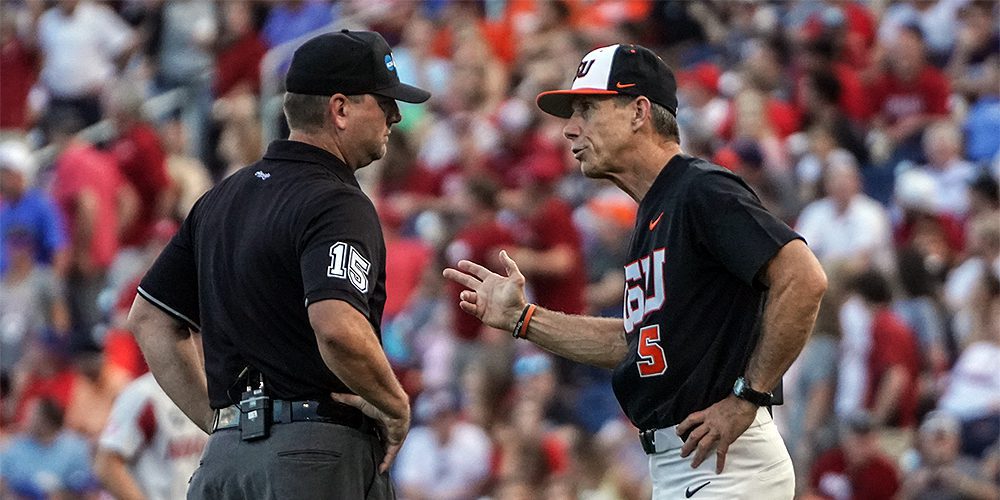 Is Pat Casey's tenure as a coach truly over with? (Mandy Sorenson)

• Pat Casey, the leader?
• What’s the future hold for OSU?

After all, the 59-year-old head coach turned administrator doesn’t view his decision last week to step down as the head coach of the Beavers baseball program as a retirement. Instead, he views it as a temporary fork in the road, now determining exactly what he’ll do next with his life, and for how long.

Will he stay on as an administrator at Oregon State for the long-term? That’s plausible. Some around Corvallis have speculated for years that Casey would be welcomed with open arms as a potential athletic director someday. But knowing Pat, there’s also a strong chance he returns to a dugout in the near future, and not necessarily the one at Goss Stadium. Casey insists he still needs to time to digest that question, but would it surprise me if he was open to some new opportunities a year from now? Not at all.

Four days have passed since Casey shook the college baseball world, and I’m still pondering what last week’s decision means for Casey and the future of the OSU program.

It was a barrage of text messages early last Thursday morning that piqued my interest and made me do a double take. Something big was going down at Oregon State, multiple sources said. At first, my only thought was ‘surely Pat Casey isn’t retiring’? In full disclosure, there had been times in the past where I’d discussed the possibility with Casey, but each time, he decided to return to the Beavers the next season.

My feeling? This was going to be another of those instances. He’d flirt with it, think about it some more, then ultimately return to the diamond for another campaign. His hunger for teaching, and winning, was always so evident during his time as the head man for the Beavers. He wasn’t going to step away this time, either.