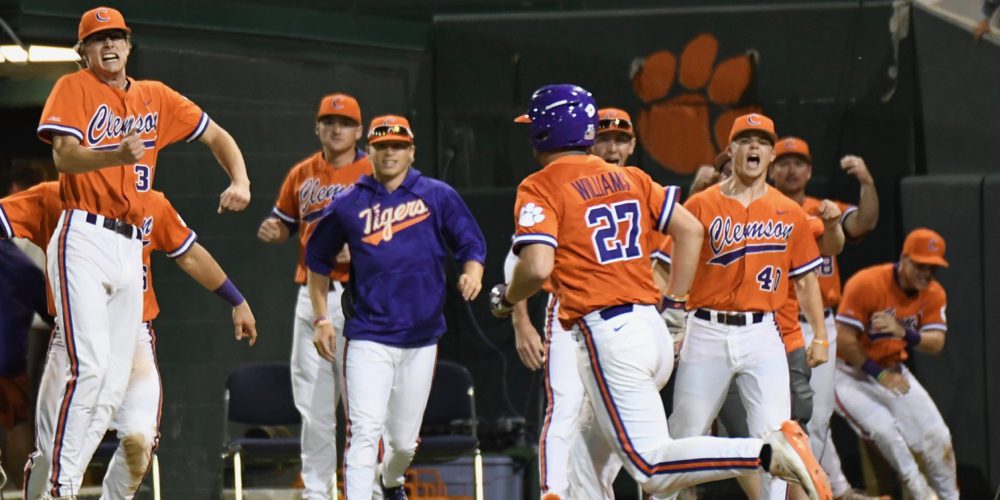 CLEMSON, S.C. — It was one of those special nights for college baseball at Doug Kingsmore Stadium, when the stars align and a big Top 25 showdown provides all of the intensity, drama, momentum swings and energy a fan could want. There were multiple plays at the plate, a little bit of zaniness on the basepaths, a pair of riveting comebacks and a walk-off victory for the home team — on a bases-loaded walk against one of the nation’s most overpowering closers.

After watching an early 4-0 lead slip away, No. 3 Clemson rallied from a two-run deficit[…]