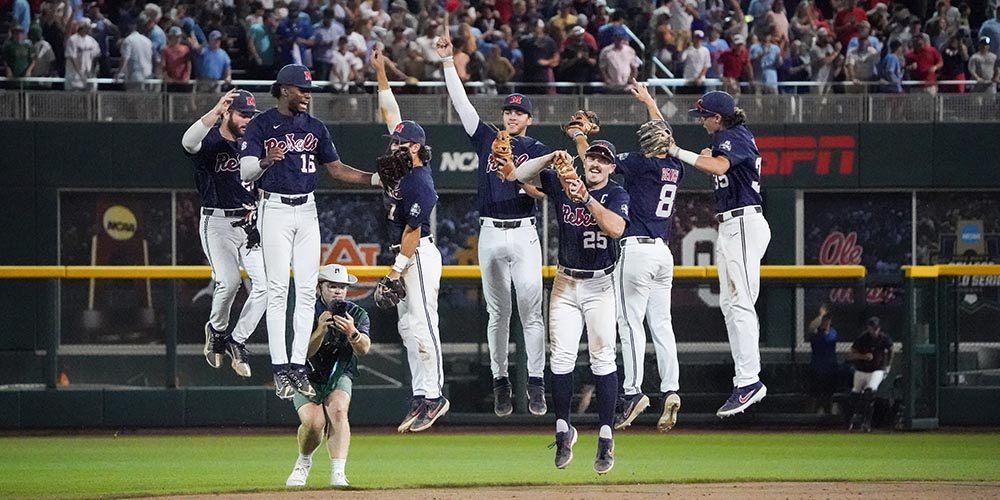 The Rebels got the jump on Oklahoma by boatracing the Sooners 10-3.

OMAHA — Okay Ole Miss, you are officially 27 outs away from your first national championship in our beloved sport of baseball. Pretty exciting huh? Yes, yes.

With their 10-3 rout of Oklahoma in game one of the finals, the Rebels get the drop on the Sooners and inch closer to bringing the Magnolia State its second straight diamond natty, following Mississippi State’s title last year.