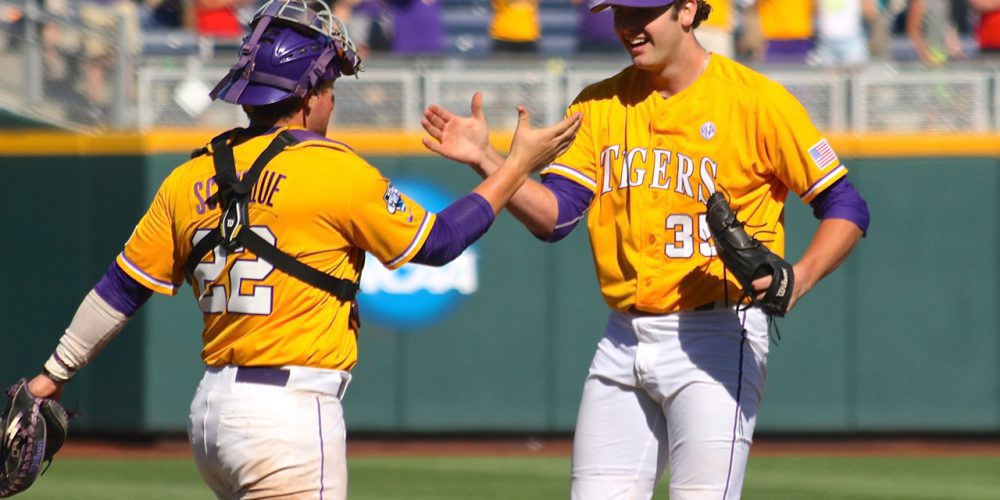 OMAHA — Alex Lange’s short college career is already dotted with standout performances. Five times in his freshman year, the LSU righthander has pitched six or more innings without allowing an earned run. He struck out 13 batters in a game twice — against Ole Miss and Kentucky, both back in March. His prettiest stat line came in the Baton Rouge Regional against UNC Wilmington, when he struck out 12 in his first career complete-game shutout.

But Tuesday’s complete-game victory against Cal State Fullerton will likely go down as the defining performance of his sterling freshman year. The[…]