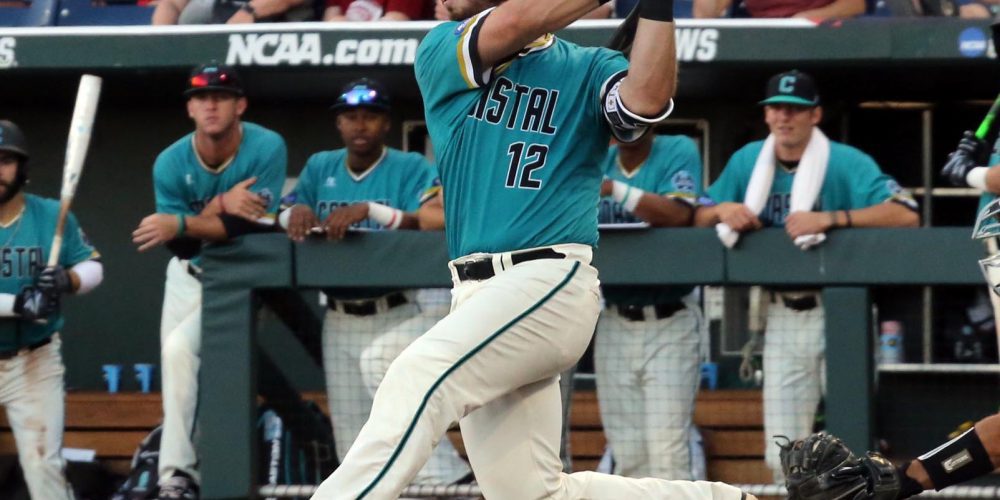 OMAHA — And then there were none.

As college baseball teams trudge through the regular season, they all aspire to be one of those important top eight national seeds. More often than not, being a national seed is something to truly covet. But this year has been unorthodox for our game. Only three of the eight national seeds made the trek to Omaha, and following Thursday’s 7-5 Coastal Carolina win over Texas Tech, the No. 5 national seed, there are[…]