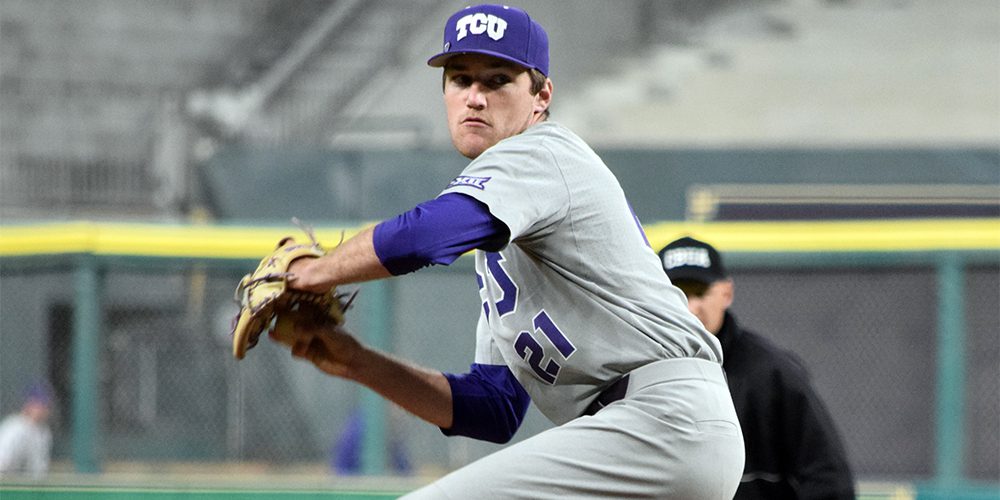 TCU wasn’t one of those teams Friday night in a 9-6 victory over the Tigers, and that shouldn’t surprise anyone. Go through the rosters of each team at the Shriners College Classic this weekend, and there’s no doubt which team in the field has the most experience. The Frogs were in the College World Series the past two seasons, and the return of most key players from last year’s team is a chief reason why they entered this spring as the nation’s unanimous No. 1 team.

So, when Lange showed even a shred of command troubles with his fastball and curveball, it was downhill for the righty and the Tigers.

“We had the same game plan against him that every team seems to have – lay off the breaking ball,” TCU coach Jim Schlossnagle. “He throws that pitch more out than he does in, so you have to lay off it. But it’s a lot easier to sit in the stands or sit over here and talk about it, and it’s another to get into the batter’s box.”

TCU had no trouble practicing what Schlossnagle and hitting coach Bill Mosiello preached from an approach standpoint.

Lange, who entered the night with an 0.82 ERA in 11 innings, along with 18 strikeouts and two walks, put together one of the best outings of his career last weekend against Maryland, but slowing down a potent TCU offense proved to be a difficult task. Lange was consistently 91-93 with his fastball in the first inning, but ran into trouble in the frame. After a one-out walk, Evan Skoug smacked a single to put a pair of runners on with just one out and hard-hitting Luken Baker at the plate. The righty grooved a 93 mph fastball up in the zone and struck out Baker to get two outs. However, outfielder Josh Watson hit an RBI double to put the Frogs on the board.