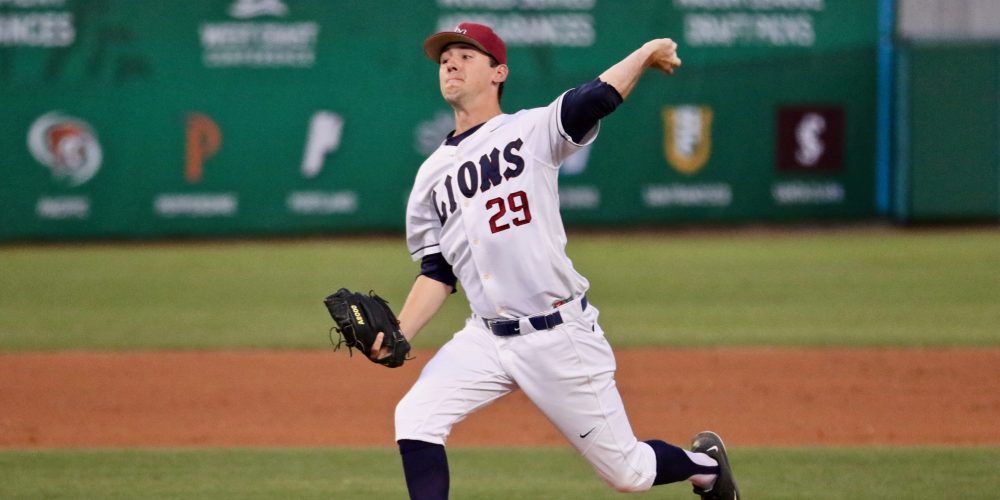 He had just been tossed out after giving home plate umpire Joe Maiden a couple of words when Maiden came out to break up a mound visit in the sixth inning. It was one of the most tame arguments leading to an ejection you will see, but Maiden apparently had heard all he needed.

Gill recently lost his top assistant three times in a six-year span. When he slung his bag over his shoulder and mosied down the right field line to the exit at Banner Island Ballpark, he turned the Lions over to an assistant staff that features only one coach with a single season of experience as a paid assistant. Ronny Prettyman (second-year assistant) and Bobby Andrews (first-year assistant, fifth year at LMU) took over the dugout while first-year volunteer assistant pitching coach Matt Florer, who normally works hand in hand with Gill, was now by himself. There was quickly a decision to be made.

Starter Brenton Arriaga was struggling with Maiden’s zone that rarely featured the strike on the bottom half of the knee cap. A one-out walk was part of the reason for Gill’s initial mound visit. A second free pass led to Florer also taking the jaunt to the mound. He pulled Florer in favor of Codie Paiva.

The adjustment period to the zone lasted two batters. He walked in a run pulling BYU to within a run, but with the bases loaded Paiva got a pair of popouts. He retired nine of the 10 batters he faced the next three innings to close out a 3-2 victory for Loyola Marymount in the opening round of the West Coast Conference tournament.

It was a classic Gill victory even though he wasn’t around to witness it. The Lions relied on the Cal State Fullerton formula that Titan alum Gill is so used too — strong pitching and a couple of timely hits.

“There was an incredible amount of resilience,” sophomore Niko Decolati said. “It started with Gilly getting tossed. You know that’s not something you want to have happen, but we dealt with it. The calls weren’t all going our way. In fact, we felt like they were kind of lopsided, but we managed to break through that and stay tough. That’s what we live by.”