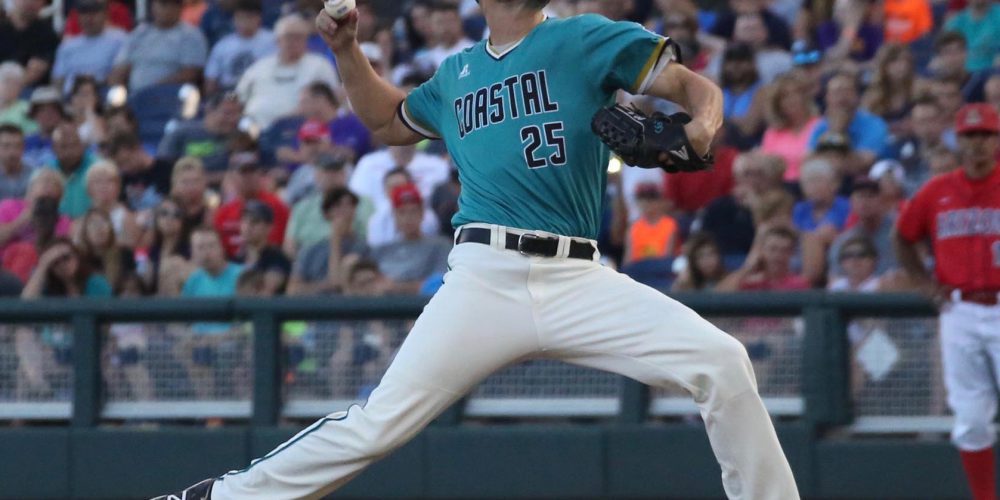 With the Chanticleers and Arizona knotted up at 2-2 and dangerous Wildcats two-hole hitter Zach Gibbons coming to the plate, it was time to turn things over to fellow righthander Bobby Holmes. Morrison had a big smile cascade across his face as Holmes trotted to the mound, and the two exchanged huge hugs and pats on[…]