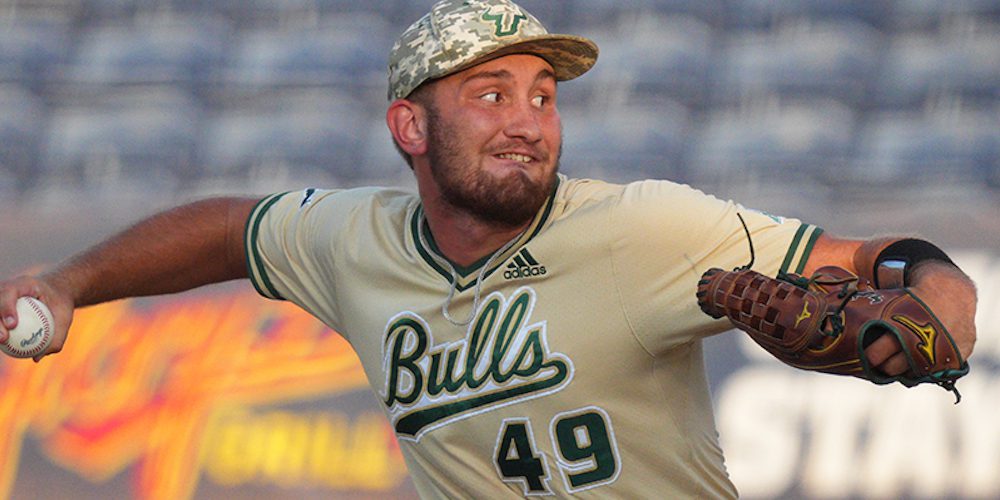 GAINESVILLE, Fla. – South Florida’s 5-3 win over the Florida Gators in the opening game of the Gainesville regional on Friday afternoon took … a lot.

It took Florida’s Jud Fabian, an SEC All-Defense selection and a likely first-round pick with 20 homers this year, going 0-for-4 with two errors.

It took the Gators hitting into ferociously hard outs and near-missing extra-base hits that went foul.

It took the Bulls blasting two homers – by Carmine Lane and Riley Hogan – and getting key pitching contributions from perhaps their four best pitchers, starter Jack Jasiak (four innings, one run) and[…]