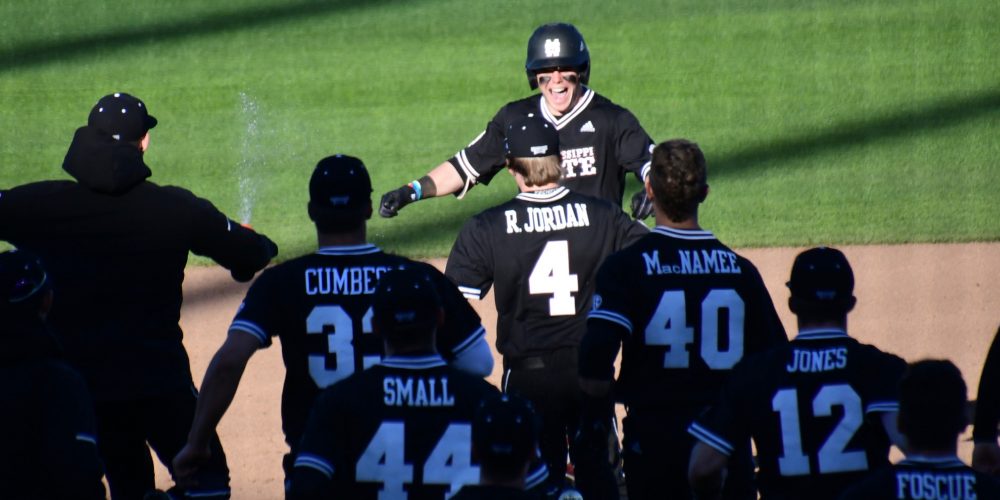 STARKVILLE, Miss. — Chris Lemonis said his Mississippi State team was “pissed” after its 1-0 loss to Southern Miss on Friday night — and so was he. Every series matters, but the Bulldogs won’t deny that they wanted this rivalry series even more after the way the Golden Eagles swept them to open the 2018 campaign.

“You know what happened last year, you know that they swept us,” MSU sophomore first baseman Tanner Allen said. “So when they beat us Friday night, we thought, ‘Man, we need to get them two in a row now.’ We came out Saturday night and swung the bat really well, and swung it well today.”

Early on in Sunday’s rubber game, it looked like Mississippi State was on the verge of breaking the game open and cruising to an easy victory, but the Bulldogs failed to add to their early 3-1 lead, stranding runners in scoring position in the third, fourth and fifth innings. That allowed Southern Miss to hang around and tie the game up with a pair of runs in the sixth — but MSU persevered, escaped some jams in the late innings, and found a way to win 4-3 on Allen’s walk-off RBI double in the ninth. Instead of an emphatic exclamation-point victory, it was one of those gut-check wins that build character and confidence early in the season.

“Our guys just wouldn’t give in,” Lemonis said. “I don’t think we made an error today. They just played really good defense. Especially in the game, you feel that momentum of the game was going the other way late, but they just kept playing.”

Here are some lingering observations from three days in Starkville.