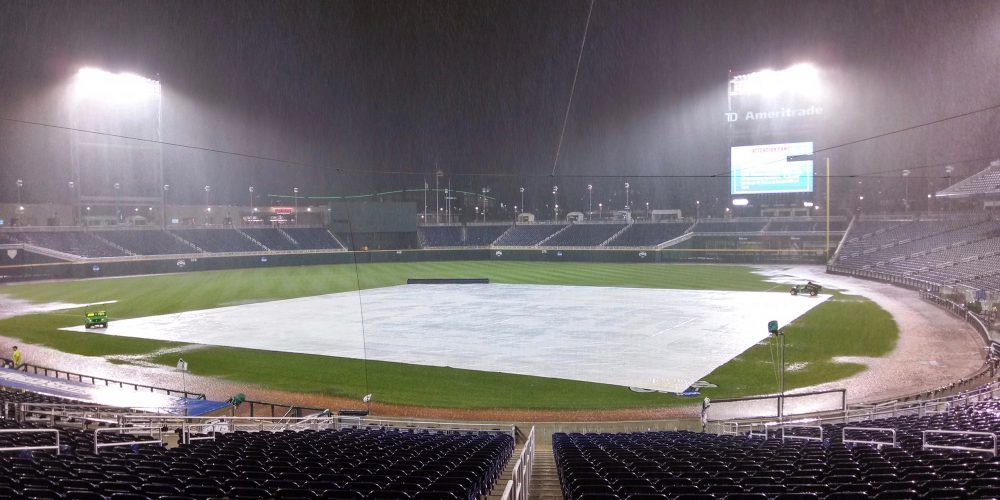 Want 25% off an annual subscription? Use the Coupon Code: 2019Promo

The SEC’s proposal to allow college baseball and softball programs the option to convert their volunteer assistant positions to full-time roles has been voted down by the Division I council.

The entire college baseball world banded together to advocate for this proposal with the kind of unity and passion I’ve never seen in my 15 years covering the sport. Longtime former ABCA executive director Dave Keilitz used to say that getting college baseball coaches to come together on anything is like herding cats. But apparently wrangling athletic directors is more like herding fleas.

Even most coaches who knew their athletic programs wouldn’t be able to fund a third full-time assistant position rallied behind this proposal because it was good for the sport, and because it was the right thing to do. Hard-working volunteer assistants — many of whom work multiple jobs and give private lessons on the side but still struggle to make ends meet — deserve to be paid a living wage, with benefits. Even if only half or a third of all athletic programs actually funded the position at the start, that’s another 150 or 100 full-time jobs in college baseball, and the door would have been opened for other programs to follow suit on their own time frames.

This should have been a no-brainer. Which makes you wonder what the heck is going on inside the skulls of those ADs who voted “no”. People keep asking me: Why are some of these ADs against this proposal? I wish I had an answer that made sense, but I don’t.

There was literally no downside to a “yes” vote. If you don’t think softball needs another assistant position — a reservation expressed by some Big 12 ADs — then don’t fund it. If your school couldn’t afford to fund a third full-time baseball or softball assistant — or if you simply didn’t want to fund it, for any reason — you didn’t have to. But your volunteer would still be allowed to get out on the road recruiting, which would spread the out the recruiting burden and allow the other coaches to spend more time at home with their current players, as well as their families. And it would foster career development for volunteers, who currently struggle to move up to full-time roles because they lack recruiting experience, creating a catch-22.

I feel awful today for all the volunteers who got their hopes up that they might finally be able to make a real living coaching college baseball. Those volunteers knew what they were getting into — they’re chasing their dream, and willing to do whatever is necessary to make it. Nobody is forcing them to take volunteer jobs; they could look for jobs in pro ball (as many of them do), or leave the game of baseball altogether. But that doesn’t make it right to continue to exploit them. ADs had a chance to do the right thing, and they blew it.

For years, we’ve been so focused on “fixing” what was wrong with college baseball — tweaking the bats and the balls and roster sizes and transfer rules and the APR and the HBP rule and the pace of play. We finally had a chance to do something meaningful to actually advance the sport, rather than just patch up leaks in the boat. Coaches around the country finally spoke out publicly and sat down with their ADs to lobby hard for this proposal. And too many of those ADs showed that they simply don’t care what the coaches want, or what is best for the growth of the sport.

Shame on the Big 12 and Big Ten, with their enormous athletic revenues, for voting against this proposal. The coaches in those leagues unanimously wanted this proposal to pass — and today they are left feeling devastated and betrayed. Do their ADs even care? Will they even notice? It seems they are impervious to shame. But here’s hoping college baseball fans shower them with scorn anyway, because they deserve it. They need to know that actions have consequences.

If you think I’m being melodramatic, then you’ve surely never had to work the graveyard shift at a grocery story or the 6 a.m. to noon shift cleaning toilets on the docks, then squeeze in some private baseball lessons before heading off to your “real” job, which you do for free. You’ve never had that nagging voice in the back of your head when you get into your car that says, ‘What if somebody hits me today?’, because you have no health insurance.

All of the ADs who voted “no” on this proposal should have the guts to sit down with their volunteers and explain why they don’t think those volunteers should have a chance to be paid for their work. But don’t expect very many of those meetings to happen.

So where do we go from here? How can we break through and reach these ADs, if we can’t even get them to vote for a simple job creation measure that doesn’t require anybody to create jobs if they don’t want to? What chance do we have of ever growing the game — increasing the 11.7 scholarship limit, most importantly — if we can’t get the ADs to listen, and to care about what is best for college baseball?

The ADs sent a loud and clear message with this vote. College baseball dared to strive for something better than the status quo, and the ADs smacked us down and put us in our place.

So we need to go back to the drawing board and figure out a new strategy. We still want to grow the game. We still want to make life better for coaches and for players. We still want those volunteers to get salaries and benefits, and we still want more scholarships for players. Those things are still worth fighting for. Today we are despondent, but we cannot abandon those dreams for a brighter future for our game, just as many volunteer assistants will continue to chase their baseball dreams, despite their deep disappointment today.

But right now, it’s time to lick our wounds, regroup, and try to come up with some new plan to break through the rigid barricades these ADs have constructed. The battle is lost, but the war is not over.