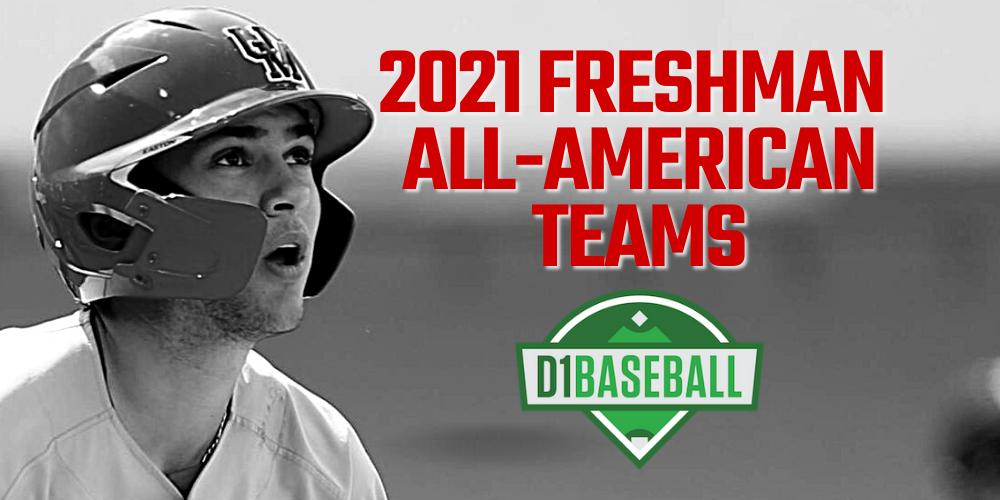 Ole Miss shortstop Jacob Gonzalez is the 2021 D1Baseball Freshman of the Year, headlining the Freshman All-America teams. One of the strongest groups of freshman position players in many years made for a wide open race for the FOY honor, but Gonzalez earned the slight nod because of his all-around value, combining outstanding offensive production with strong defense at a premium position. Gonzalez hit .355/.443/.561 with 16 doubles, 12 homers and 55 RBIs, while walking (38) more than he struck out (34).

Gonzalez edged standout freshmen like Dylan Crews (LSU), Daniel Susac and Jacob Berry (Arizona), Enrique Bradfield (Vanderbilt) and Paul Skenes (Air Force) for the top award, but all of them earned first-team Freshman All-America honors. Arizona was the only program to place two players on the first team, though Berry has since announced that he will transfer to LSU, where he’ll join Crews and second-teamer Tre’ Morgan. Texas leads all programs with three players on both squads: first-teamer Tanner Witt plus second-teamers Mitchell Daly and Aaron Nixon.

The COVID-19 pandemic and extra year of eligibility caused confusion and inconsistency with the way players are classified from school to school, but D1Baseball’s Freshman All-America teams kept it simple: we only considered true freshmen who did not compete in the shortened 2020 campaign. D1Baseball editors determined the teams.