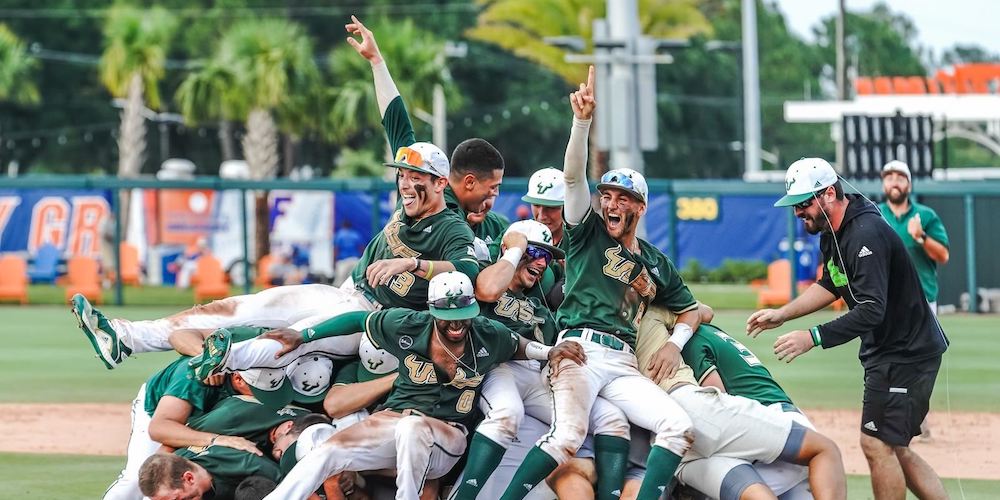 Jarrett Eaton, a Mobile native who was never offered a scholarship by the Jaguars, was the singular star on Monday as his fourth-seeded South Florida Bulls rallied to defeat third-seeded South Alabama, 6-4, in the winner-take-all final of the Gainesville regional.

This is the first regional championship in Bulls baseball history, which goes back to 1966. The Bulls (30-27), who had a losing record as recently as 10 days ago after getting blown out by Tulane 16-6, will now play the host Texas Longhorns this weekend in[…]