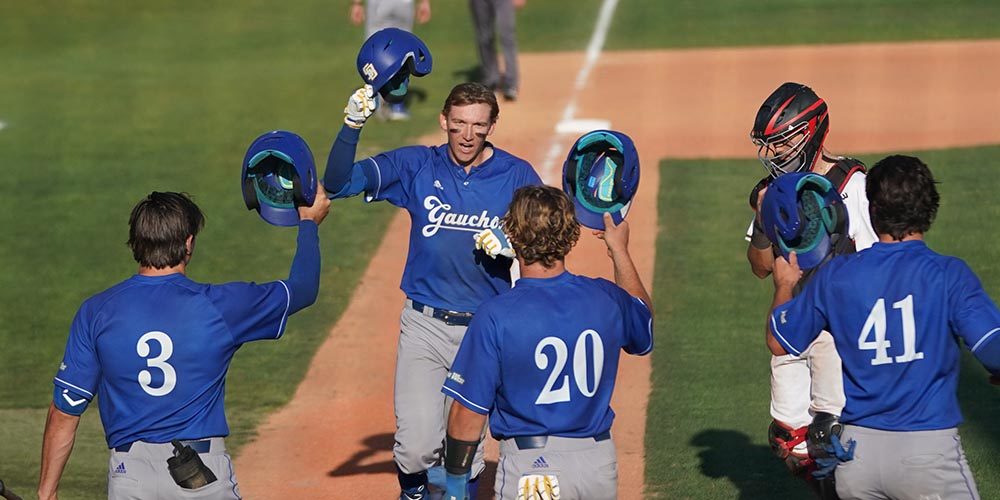 Bryce Willits comes in for landing on one of his two home runs at CSUN today.

Gauchos Go On The Offensive To Beat CSUN

But as Gauchos head coach Andrew Checketts told me after the game. “I’m not too surprised by this. I’ve seen this park play like it did today with balls flying out and then i’ve also seen this place be bipolar with the wind blowing in and runs are hard to come by.”