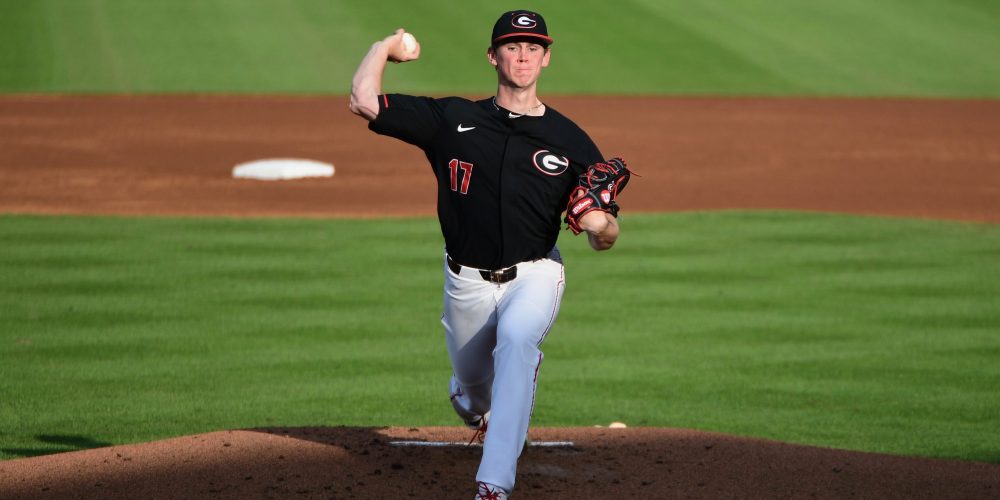 Georgia’s Hancock Adds To Pitcher Of The Year Resumé

ATHENS, Ga. — Emerson Hancock made a mistake to the wrong guy.

Hancock, Georgia’s sophomore ace, threw a changeup that floated right over the middle of the plate, and Missouri’s Kameron Misner hit it about 450 feet, over the right-field fence, over the berm beyond that fence, over the fence beyond that berm, into the back yard of the “green house” up on the hill overlooking Foley Field. It was a towering moon shot — but it was foul.

“When you have a guy like that, as a high draft prospect as he is, he just looks like a big leaguer. Obviously he’s gonna play in the big leagues, just the way he swings, the way he carries himself,” Hancock said. “We have a lot of respect for him, so when you’ve got a guy like that — I mean, he almost hit one up there on the green house early on, but sometimes you just get lucky. He puts good swings on the ball, but I was just trying to execute pitches the best I could to him.”

Hancock wound up striking out Misner on an elevated 97 mph fastball to end that at-bat, and end the first inning. Hancock really didn’t make another mistake the rest of the night.

Afterward, Georgia pitching coach Sean Kenny said he didn’t think Hancock was at his very best — he lacked his best feel for his changeup, and he uncharacteristically struggled to locate his fastball to the arm side. And yet, he threw eight innings of three-hit, shutout ball, striking out 11 and walking none to lead No. 5 Georgia to a 3-0 victory over No. 21 Missouri. It wasn’t Peak Hancock — and he still did that?

Obviously, it’s quite a testament to Hancock’s extraordinary talent that he can turn in a gem like that on a day when he didn’t even have his very best stuff and command. Because his stuff was still electric, and he didn’t issue a single free pass.