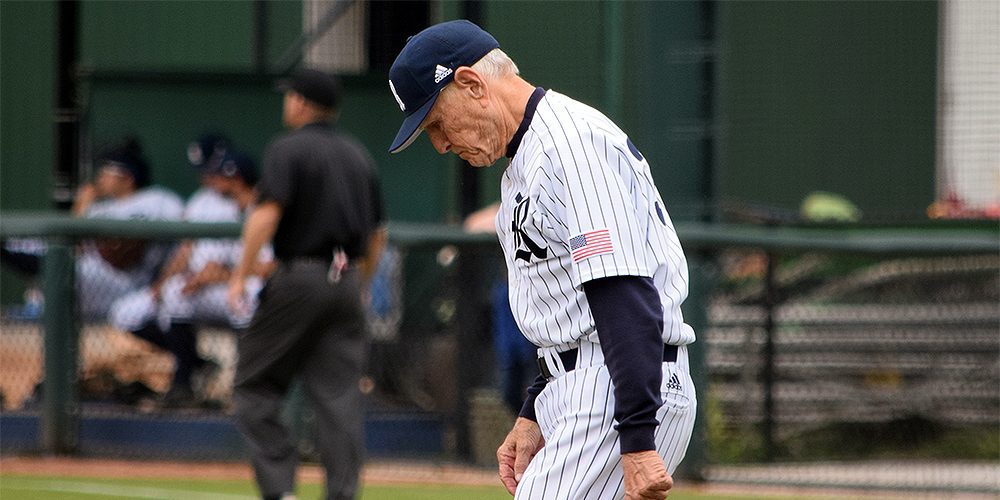 Rice coach Wayne Graham has had an outstanding career that should be celebrated. (Kendall Rogers)

HOUSTON —Having a lengthy conversation with Rice coach Wayne Graham is like listening to someone read a baseball encyclopedia to you.

He has stories. Lots of them. He’ll recall his memories of Casey Stengel being his manager when he played for the Mets. He’ll talk about that time Roger Clemens played junior college baseball for him. He’ll tell you all about how the Big Three — Jeff Niemann, Wade Townsend and Philip Humber — got to Rice. Townsend, he always says, wasn’t recruited by any big-time schools. He cherishes how he helped develop him into one of the nation’s premier righthanders. When he speaks of Townsend, it’ as if he’s beaming with pride about his own son. He also isn’t afraid to admit that Niemann and Humber could’ve easily ended up somewhere else.

I’d reveal all the historic stories Graham has divulged to me over the years as he sat in his executive chair in his office, with D1Baseball.com often on his computer screen in the background. But we don’t have enough words for that, and frankly, many of those stories will stay with me well beyond Graham’s coaching years. What an incredible baseball person to talk to.

Someday, I’ll miss those conversations. That someday might come sooner than many of us imagined just a few years ago.

This past weekend, the Owls played host to Florida Atlantic. Rice heads into each weekend hoping to right the ship, but Graham and his team know deep down that getting back into the at-large picture at this point is next to impossible. Rice has an RPI of 102 and an overall record of 16-23. Furthermore, C-USA is littered with bad RPI teams outside of FAU, Southern Miss and Louisiana Tech, and there isn’t enough time to catch up. In addition, that series was a microcosm of Rice’s 2018 campaign. Not only have the Owls dealt with multiple injuries, but luck has not been their friend. Against FAU, they blew a late lead in the series opener, gave up a three-run home run to a .175 hitting pinch hitter to lose the second game and everything hit a boiling point on Sunday when FAU and Rice had their game ended in the bottom of the ninth inning with Rice having a pair of runners on base in a tie game. The game was ended because of C-USA’s drop-dead rule on travel days. Terrible luck yet again, and it was enough to send Graham up the tunnel after the umpires for further explanation.

“This season … it’s been really tough. I would think, and I brag about this, and I don’t think anyone really knows it, but I always feel like I have a rubber back because of everything I’ve been through,” Graham said. “There were times I really struggled in pro ball as a player, so I am used to this type of thing. I think I am handing this season okay. It’s definitely been a hard season, but we’ll see what we can do down the stretch. We didn’t quit last year, and look where we ended the season. So, we’ll see.”

So, just like last season, it’s going to come down to the C-USA tournament to determine if the Owls miss the postseason for the first time since 1994, Graham’s third season at the helm. Last year, they stormed through the conference tourney and beat Southern Miss to keep the postseason streak alive. Perhaps lightning could strike once more.