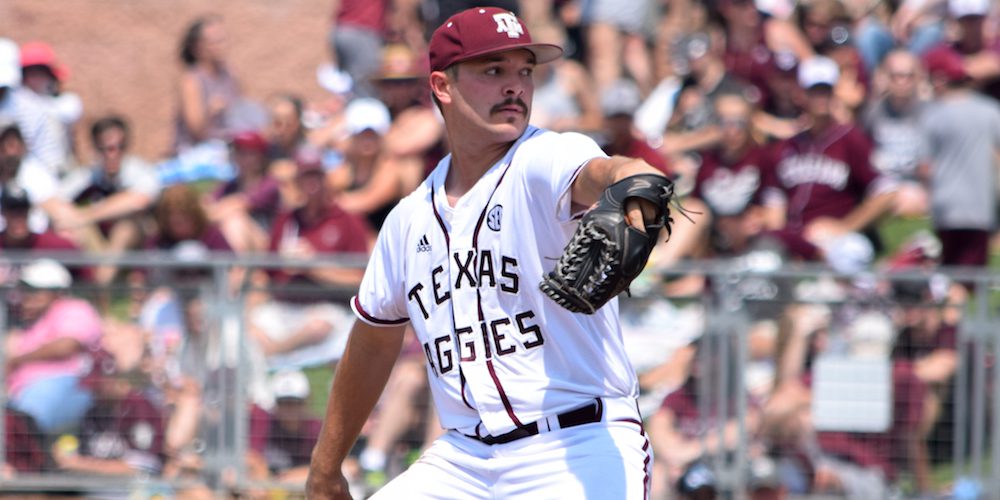 COLLEGE STATION, Texas — Legends are made in the postseason.

Last week at the Chapel Hill Regional, the nation was introduced to heavy-bearded and funky Davidson righthander, Durin O’Linger. Now, after winning a 15-inning affair 7-6 over Davidson, Texas A&M sophomore righthander Mitchell Kilkenny and third baseman George Janca might also be remembered for a long time, especially if the Aggies can seal the deal and earn a trip to the College World Series with a single win the next two days. Kilkenny put together his best relief performance of the season and career, while Janca hit a walk-off RBI single past the second baseman in the 15th to win the game, while also having a couple of stellar defensive plays along the way.

“I thought that was like a heavyweight fight. It was two really good teams going at one another. I thought we were really, really good every facet of the game the first five innings,” Texas A&M coach Rob Childress said. “I thought O’Linger was as good as advertised – he’s just a really competitive kid. He kept them in the game and he wasn’t going to let them take the ball from him.

“We had a lot of heroes or us all day long, too,” Childress continued. “We had guys on the mound and offensively, and we were very fortunate to win that game.”