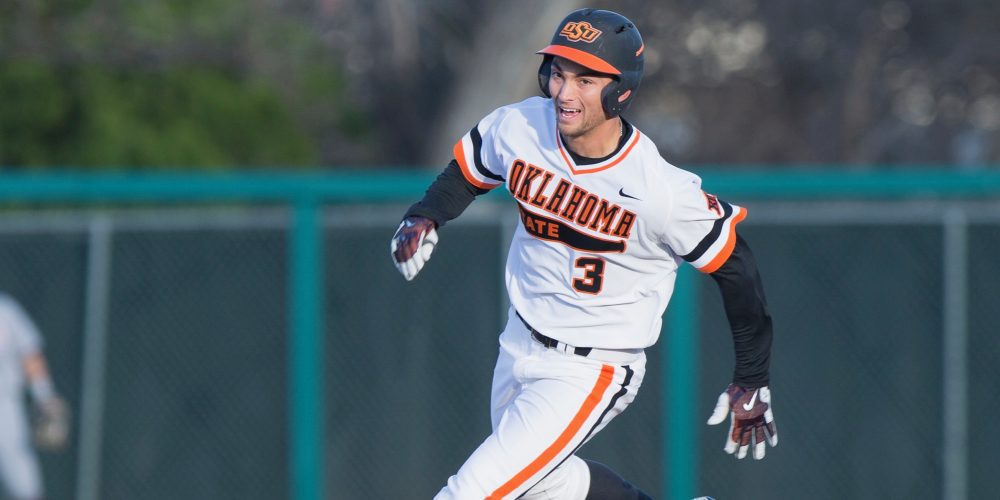 Through 54 games this year, the Oklahoma State junior left fielder is batting .387. The Big 12 batting leader is a full 30 points ahead of second-place Austen Wade of TCU. Talk about an eye-opening star turn.

Of course, the Cowboys had an inkling that McCain was going to take a big step forward this year. He has shown flashes of real ability before — he spent some time leading off as a freshman and hit .319 before breaking his hand. He hit .319 in the NECBL before his sophomore year, and he rebounded from a rough spring with another strong summer last year. OSU coach Josh Holliday told D1Baseball in November that McCain had the best fall of anyone on the team, showing an improved ability to drive the ball and standing out for his focus.

So it’s not like McCain’s big junior year has come out of nowhere — but still, that’s a pretty incredible leap. McCain has become a hitting machine, pure and simple. He’s had an awful lot of hits this year — a league-best 82 of them, to be specific — so it’s only natural that plenty of them have come in big spots.

That’s what happened in Saturday’s Big 12 tournament semifinal game against West Virginia. McCain accounted for three of OSU’s seven hits in the game, and they came at key times. His three-run triple to the left-center gap turned a 1-0 deficit into a 3-1 lead in the sixth, and his RBI single to left drove in the winning run in the 10th, propelling the Cowboys to a 4-3 victory and a trip to Sunday’s title game.