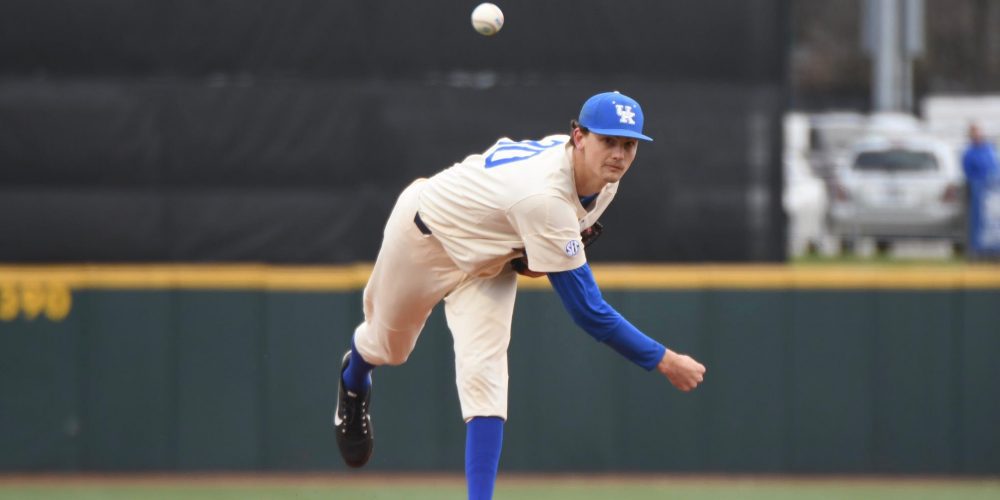 LEXINGTON, Ky. — Maybe another pitcher would have been demoralized after allowing three runs in the first inning against a 14-0 opponent ranked third in the nation. Not Sean Hjelle.

Maybe another team would have been demoralized — but not Kentucky. Especially not with Hjelle on the mound.

The Wildcats withstood that early blow Friday and fought back to hand the Red Raiders their first loss of the season, 10-7. And even though it wasn’t Hjelle’s prettiest line of the season, his fortitude was the single biggest reason for Kentucky’s victory. Given the opponent and the circumstances,[…]