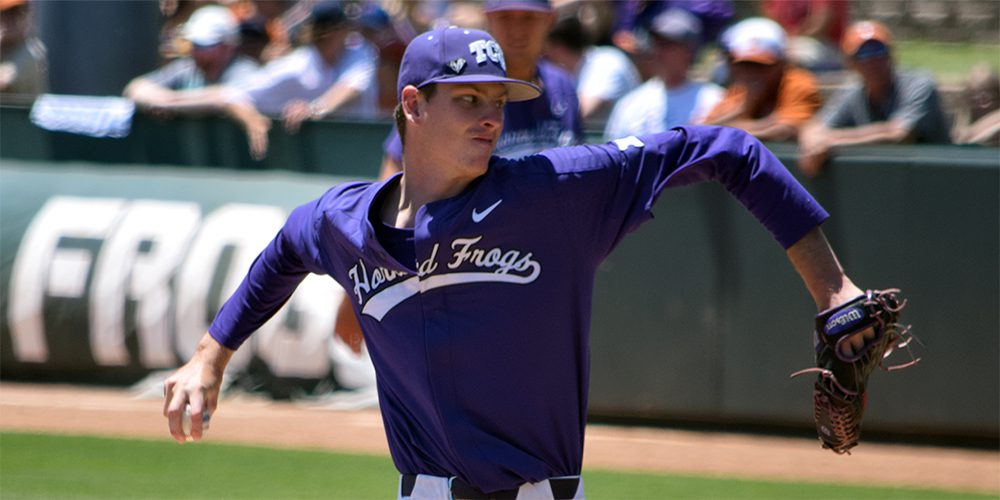 Responding With A Vengeance

FORT WORTH, Texas — Moments like Saturday afternoon are why TCU righthander Brian Howard decided to return to Fort Worth for his senior season, despite getting drafted by the Houston Astros last summer.

Howard entered the Texas series with a chip on his shoulder and a need for redemption. As a veteran for the Horned Frogs and one who finished last season on such a high note, he was expected to be a dominant force throughout the 2017 campaign. But things hadn’t gone as planned before his start against the Longhorns. He had a 5.43 ERA in 54.2[…]